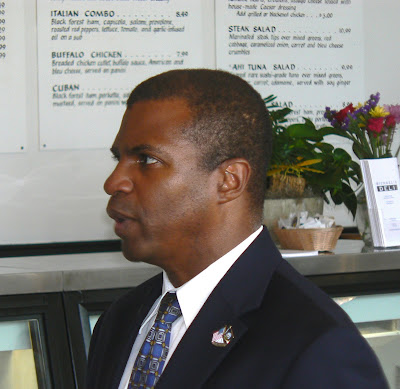 
A gathering of some 20 Middletown Republicans and others were on hand Saturday August 18th for a "Meet and Greet" with Wayne Winsley, 3rd Congressional District candidate for U.S. Congress. The event was hosted through the courtesy of the newly opened Michael's Deli at 83 Broad Street and was sponsored by Middletown Republican Town Committee. Mr. Winsley is planning to defeat the long entrenched Rosa DeLauro. 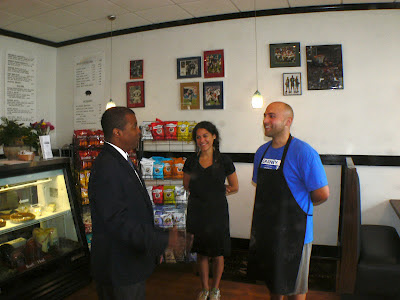 Wayne Winsley Thanks Hosts Chris and Helena of Michael's Deli


The group was also pleased to welcome Deborah Klekowski, Republican candidate for CT 100th District, which embraces most of Middletown. The two term Republican member of the city council hopes to win the seat currently held by Matt Lesser. 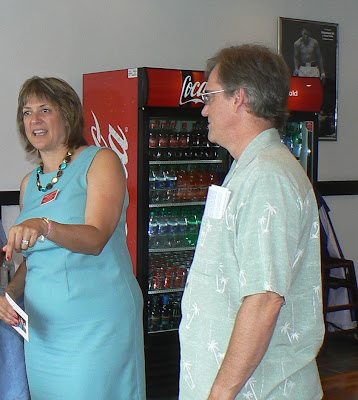 
Middletown Republicans wish to extend a vote of thanks to the folks at Michael's Deli and wish them great success with their new addition to the city's culinary delights. 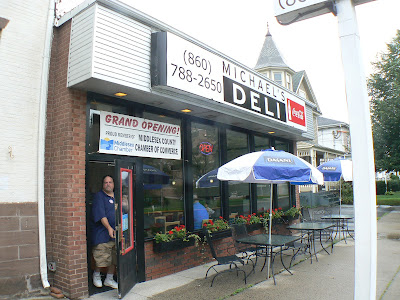 
Video from the event: