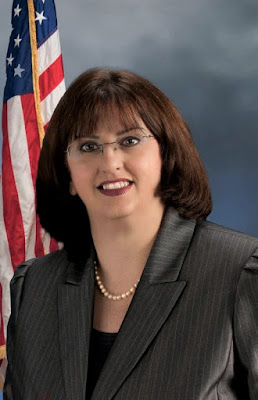 By Daria Novak
Daria is also a former State Department official and co-host of  "The American Political Zone" and friend.
The current Wuhan Coronavirus (COVID-19) pandemic has focused much-needed attention on China’s dual-use bio-research programs. “Dual-purpose bioresearch refers to bioscience research that can be used for beneficial purposes or abused for harmful ends,” wrote four Chinese scientists from Wuhan last summer, according to a Journal of Biosafety and Biosecurity. One of the researchers, Yuan Zhiming, is director of the Chinese National Biosafety Laboratory and a researcher at the Wuhan Institute of Virology (WIV).
The three other researchers include another WIV researcher, Ma Haixia, a Chinese Academy of Sciences researcher Liang Huigang, and Xiang Xiaowei of the Huazhong University of Science and Technology in Wuhan. Together they explained that China lacks a law solely dedicated to biosafety regulation, or a complete supervisory system for handling new biotechnologies.
These scientists are not the only ones aware of the deficits in China’s biosafety regimes for its research labs. They are, however, among the few scientific elite in China writing about the specifics of biosafety prior to the Covid-19 pandemic.

Months later, February 14, 2020, President-for-Life Xi Jinping addressed the need for comprehensive new and revised laws to deal with biohazards in a talk to senior members of the State Council. What is most revealing, however, is his choice of words. With the change of only one character, his speech morphed from a talk on biosafety to one on biosecurity.

Reading the English version, one might not notice the change of “shengwu anquan” to “shengwu anbao.” In some languages, biosafety and biosecurity are one concept comprised of a single word. In China, this is no longer the case. Less than a decade ago, Beijing split the term into two separate and critical concepts.

“Biosafety” now references organism-related, human or non-human factors, that may pose a risk to life, including public health, the economy, social stability, and the natural environment. Biosafety therefore focuses primarily on the principle technologies and physical practices in a laboratory that prevent the unintended exposure of pathogens and toxins to the outside environment.
In contrast, “biosecurity” addresses the use of biological agents, or biotechnology, as bioweapons or bioterrorism, including the organism’s ability to harm the national security of the state. This is what apparently concerned President Xi in his February address and should concern the world today.

The Asia-Pacific Biosafety Association held its 13th annual bio-risk conference in Beijing last August. It is a gathering of top scientific minds in the region. The 2019 topic was “Strategizing Biosafety and Biosecurity in Today’s Advancing Technological Era and Changing Security Landscape.” Both terms are clearly included in the name of the conference.

The conference agenda, although written in poor English, highlights that “special features [of the conference] include current hottest debate on harnessing sciences vs bio-threat of multidiscipline, updates on new innovative biotechnology, duel-use, etc….” This conference specifically highlights dual-use bioresearch as a focus of bio-threats and biosecurity.

Whether a Chinese dual-use biolab in Wuhan “weaponized” a naturally occurring pathogen accidentally by human error, as part of a bio-defense strategy, or even as part of a long-term offensive goal, we do not yet know. What is certain is that China is studying viruses, discussing biological warfare, and planning a national defense strategy that includes a less than transparent biosecurity program.

Significantly, even prior to Covid-19, there were concerns of a similar virus escaping from the Chinese BLS Level-4 lab, which handles the world’s deadliest pathogens. In 2014, Wang Qian, an official in the Department of Arms Control and Disarmament in the Chinese Ministry of Foreign Affairs, wrote an article entitled, “Efforts to Strengthen Biosafety and Biosecurity in China.” She points out that concern has grown in China about the “possibility of infectious diseases spreading across national boundaries….”

Qian goes on to state: “Compared to nuclear and chemical weapons, not only are biological weapons cheaper, they are easier to acquire because of the availability of dual-use equipment and materials on the open market.” Her citation on this point comes from the US Congress’ Office of Technology Assessment.

Qian also cites an Arms Control Today article, noting that genetic engineering “has made it possible to increase the virulence of disease agents or make them more contagious or environmentally persistent.”

Even more alarming is Qian’s later discussion of the former Soviet Union employing genetic engineering to make biowarfare agents “resistant to known medical treatments.” These concerns are from a member of China’s Ministry of Foreign Affairs who appears well-placed to understand Chinese Communist Party (CCP) intentions.

In February Xi elevated biosecurity to a national security issue. Considering the unfolding of the COVID-19 crisis at that time, it is doubtful that Xi’s important announcement was a quick decision unrelated to other events. China is also hosting a UN conference this October in Kunming on biosecurity. The agenda notes the event will showcase China’s efforts in the field.

The timing of Xi’s speech, his specific use of term biosecurity, and elite Chinese scientists writing for years of their concern over the use of biological agents, are clearly signs of concern.

Richard Ebright, a molecular biologist at Rutgers University was on point when he said: “These facilities are inherently dual use.” Covid-19 lifted the veil. The world can no longer ignore China’s biosafety, biosecurity, and potentially bioweapons, ambitions. The international community should demand transparency and visibility into China’s dual-use bioresearch programs.

Daria Novak is the Executive Vice President of EURdyne, a Virginia based company that helps American companies negotiate and do business overseas. Following 9-11, the company expanded to conduct work in the national and homeland security arenas, protecting and improving the critical infrastructure of the United States. The publication  above is reprinted from NY Analysis of Policy and Government.
By Middletown Insider - May 07, 2020