Letter to the Editor: Why I am Running for Common Council Seb Giuliano (R) 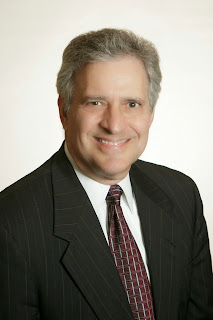 I have chosen to run for Common Council as it is the Legislative Branch of the City of Middletown. By its nature, it is the body that is best suited to take the "long view". Under the provisions of the City Charter, it has responsibility for the City's budgets, it approves borrowing (either directly or approving a referendum question to put before the voters), it has the authority to appropriate funds out of the City's cash reserves and it has the power to pass ordinances that have the force of law. The Common Council also approves all job descriptions, the Personnel Rules, the Affirmative Action Plan and must approve all labor contracts as well as any other contract to which the City is a party. Clearly, the Common Council is as important a branch of the City government as the Executive - different in function, but just as important.

My priorities, if elected, are to re-focus the Common Council on its core functions. Councilpersons are not "mini-Mayors"; they have no executive authority. The Council is responsible for determining which of the Mayor's proposals it will enact and/or fund and to what extent it will fund them, as well as what resources it will give to the Mayor for the proper exercise of the administrative duties vested in that office. The Common Council also has a role in ordaining a vision for the City's future; to effectively do so, it must abandon its current practice of lurching from one budget year to another and from one election cycle to the next. To that objective, I would implement a policy of 5-year budget projections, in which the future fiscal impact of a current proposal can be anticipated before it is adopted. Because borrowing and drawing down the City's cash reserves compromises the our future fiscal health, I would also implement, via Charter Revision (a process that is vested exclusively in the legislative branch) where necessary and appropriate, a requirement that appropriations and borrowing be approved by a 9-vote supermajority of the Common Council.

The great and famous Helen Keller, when asked what could be worse than being born blind, replied "To have sight, but no vision". I believe that our vision will determine what Middletown's future will be. Will we be a community where our young people will choose to make their lives? Will we be a community where our older citizens and retirees will be able to enjoy that which they have worked a lifetime to achieve? Or will our youth seek their fortunes somewhere else, as they will see no future for themselves here? Will our senior citizens move away from the City that has been their home and heritage for generations, because they can no longer afford to stay here? The decisions we make today will determine the answers to those questions. Those are among the most important questions the voters must consider when making their choices on November 5.