Middletown Insider blog is accepting bios from all  municipal candidates. 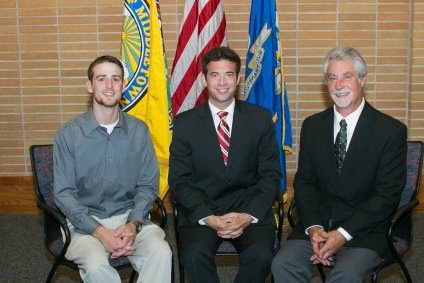 Middletown Republicans Jeremy Clark, Rob Simpson and Vin Szynkowicz are running for the Planning and Zoning Commission on Nov. 5.  The GOP is on Row A.
www.middletownctgop.com

Education: Middletown Public Schools, Riverside Academy (Grades 3-5)
Held leadership positions and participated in various activities while attending Middletown High School including Wesleyan University Upward Bound, Cross Country, Future Farmers of America and Wrestling
University of Connecticut, College of Agriculture and Natural Resources, 2010, Natural Resources; Bachelor of Science
Activities: Forest management on UConn Forest, UConn Timber Team
Following education, I was employed by the Connecticut Department of Energy & Environmental Protection as a durational forester managing state forest lands until April 2013.
I currently assist landowners throughout Connecticut with land/forest management planning and provide technical services as a licensed forester.  I am dedicated to promoting wise forest stewardship and conservation of open space for our future descendants to enjoy and benefit from.
I would be honored to serve the City of Middletown Planning and Zoning Commission with my skills and knowledge related to natural resource planning, while gaining experience in local government and town planning.
Professional Associations: Society of American Foresters, Connecticut Forest & Park Association

He is a recent Middletown resident, but a lifelong citizen of Connecticut, looking forward to serving as an advocate on behalf of issues that concern our residents, and help foster pro-growth and pro-employment conditions for Middletown.

Rob graduated from Shelton High School in 2004 in the top 5 percent of his class. He attained the rank of Eagle Scout in the Boy Scouts of America. Rob graduated from the University of Connecticut in 2008 with a Bachelor's of Science degree in Political Science. During college, he interned for the House Republicans and worked as a consultant with the House Republican Campaign Committee in 2008 and 2012.
Rob works as a Legislative Aide for the House Republicans in the Connecticut General Assembly in Hartford. His previous employment has been on political campaigns on the local, state and federal level, specializing in grassroots activities and organization.

Szynkowicz is in his 31st year as an elevator mechanic and a proud member of the International Union of Elevator Constructors Local 91 and currently Chairman of our Executive Board.
As a member of Planning & Zoning, I will work toward the development of the City of Middletown, specifically to develop the Riverfront area as a showpiece and gathering place for all in our community to enjoy. I will work to bring new business to our city to provide jobs and increase our tax base.
Wife: Linda J. Szynkowicz, children: Nicole Cowie and Paul Szynkowicz
By Middletown Insider - October 30, 2013