Dan Drew's Screw Up. How Bad Is it?

Dan Drew’s Screw Up. How Bad Is It?

By now, most know that to boost his Campaign for Governor, by sending a letter to ALL City employees, boldly asking for a $100 Contribution. What’s worse, is he also sent this to Police Officers, and Firefighters homes, as well. Police and Fire Officials addresses are suppressed from the public record because as you can imagine, their addresses can be used for nefarious purposes. For instance, if you were arrested by Officer Gonzo (Fake Name), and you wanted to strike revenge, if you could get his address, there’s no telling what would happen. This is why these addresses are suppressed.

To understand how absolutely serious this is, we need to dissect some of the Statements that were issued. WFSB Reporter, Roger Susanan had printed this as a part of his story: “Democratic Mayor Drew said he admits sending out the letter to some city police officers soliciting donations was flat out wrong. On Thursday, he told Eyewitness News he had requested a list from human resources and said he doesn't remember how, but it was only used to make mailing labels and then destroyed. "I asked for the list, I believed it was public information like I said. This was a mistake on my part," he said, adding that he realized there were officers addresses listed when the union contacted his office.”

Mr. Drew is very liberal in saying he was sorry. That he didn’t know. That it’s not illegal. And, on and on. However, an apology can be considered an admission of guilt. Everyone makes mistakes, we’re human, it happens. However, It’s very obvious he knew exactly what he was asking for, and whom he was asking for it. How do we know this? He signed the letter, and with that signature, it makes him the orchestrator of the whole campaign to solicit City employees directly under his supervision.  That is a clear violation of Connecticut General Statute Chapter 155, Sec. 9-622, Article 12. We’ve sent Connecticut Politicians to prison for violating Campaign Finance Law. Should this be any different? Hell no! Put him in front of a Jury of 12 of his peers, and let them decide.

Then there is the issue of what we need to do locally. Mr. Drew violated three Ethics Codes of the City of Middletown. Plain and simple. What really bothers me about this, is Council men and women, with the exception of Deborah Kleckowski, have been largely ambivalent about bringing these issues before the Council to discuss what needs to be done. Make no mistake, we now have a Mayor; The leader of our City- that children look up to, who has allegedly committed criminal activity- And no one except Deb recognizes that this is a serious issue? Come on now!

I realize that the City of Middletown is 65% Democrat, but this is not a political situation. Right, and wrong are not a Democrat or a Republican issue. The truth is not political. The truth is what we deserve; What our City Leaders deserve We deserve a transparent Government, local or otherwise. Just because we’re a Democratic-based City, are we now going to let Burglars or Robbers go because they are registered, Democrat? That’s an extreme example, but the reality is, that either Dan Drew himself, or someone at his direction, stole the addresses of the Police and Firefighters home addresses because they are completely unavailable to anyone who files an FOI request. And when he obtained these addresses, he absolutely abused the power of his Office for personal gain. What’s next? Is he going to raid the Tax Collector because he needs money?

Yesterday, a few things happened. As a Journalist, I knew before I even went to City Hall, no one was going to give a comment on what Dan Drew did.  But, it’s part of what I do; Regardless the circumstance, I try. I didn’t get that far, though. I had my notes, and I told his Secretary who I was, and that “Listen, I know what you’re going to say, let’s just go through the motions…” Then out popped Geoff Luxenburg (Allegedly, because he did not identify himself), and asked if this was on the record? –A sidebar for a moment: In my capacity as a Journalist, if my Press Credentials are out, then everything is on the record. I was promptly told I didn’t have permission to be on the record, and I needed to leave, or he would call the Police. 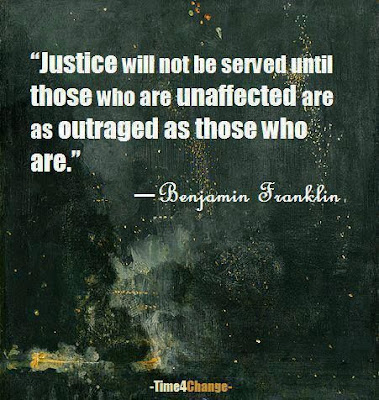 So, something’s rotten in City Hall, for them to throw me out of a Public Building, especially City Hall, of which I’m a resident of Middletown.  All things considered, it meant very little to me, and I went about filing a complaint with the State Elections Enforcement Commission, and I urge you to do the same! Dan Drew has had us bent over a barrel since day one of his administration. It’s my hope that we get as many complaints filed as possible, and push our Councilmen & women to begin to hold meetings on what serves the best interests of Middletown.

If you’d like to file a complaint with the State Elections Enforcement
Commission, use this link: