Guest Post by Chuck Roots: The Right of the People (Part 2)

"There is a just God who presides over the destinies of nations, and who will raise up friends to fight our battles for us. The battle, sir, is not to the strong alone; it is to the vigilant, the active, the brave." Patrick Henry 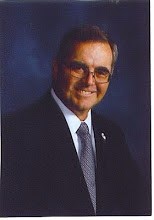 The Right of the People (Part 2)


In an attempt to understand more fully what “The Right of the People” is, it is necessary for us to look at the opening paragraphs of the Declaration of Independence. My last several articles have been an effort to better realize the significance of this document that became the written catalyst which launched our nation into a world that simply did not, nor could not understand a concept of “We the People.”

The first paragraph throws down the proverbial gauntlet, not so much in daring the opponents of liberty (Great Britain), but attempting to come to a reasoned understanding of what by necessity must take place – that each group, the British Monarchy and its immense power and influence, and the rag-tag band of colonists, might resolve their differences peaceably. Was it possible to have a peaceful coexistence, or an amicable separation? Apparently not.
Great Britain certainly saw no need to bow to any demands by this unwashed mass of renegade British colonists. These colonists, by default, were all British subjects anyway. Britain would not let that go. Plus there was a lot of money being made from these colonists in America. Cotton, tobacco, wood, and numerous other desired and needed products were sailing from the pristine shores of America to the gilded shores of England. The British Empire was cast around the world, boasting in having the world’s most powerful army and navy. The common phrase at the time stated, “The sun never sets on the British Empire,” even though it had not quite reached its zenith as an empire at the time the colonists fomented a revolution. This was another reason why the British came back across the Atlantic some 36 years later, thus initiating the War of 1812 in an attempt to retake the upstart colonists and end, once and for all, this wayward idea of a democratic republic.

The opening paragraph of the Declaration stipulates: “When in the course of human events, it becomes necessary for one people to dissolve the political bands which have connected them with another, and to assume among the powers of the earth, the separate and equal station to which the Laws of Nature and of Nature’s God entitle them, a decent respect to the opinions of mankind requires that they should declare the causes which impel them to the separation.”

Allow me to offer a laymen’s understanding of this paragraph. To begin with, there are some assumptions made on the part of the authors of this declaration which are stunning. Throughout the course of human history there have been innumerable despots and dictators, monarchs and maniacs who have successfully run roughshod over other people. But these American colonists understood some key principles; principles that transcend man’s laws. First, and most importantly, they were absolutely convinced in the existence of an all-powerful, supreme being who we refer to as God. This simply cannot be denied. All of the writing of the Founding Fathers and the important documents make direct reference to God, and not just as a courtesy, a tip-of-the-hat, if you will, but a deep and abiding belief that God is the end-and-all of creation and beyond. So anything man endeavors on earth should have its origins in God.

The “Laws of Nature and of Nature’s God” denote that the desire of the human race to experience freedom from oppression and fear, and more importantly to live in such a manner as God would have ordained had man’s original sin not gummed up the works, virtually forces man to push against those who would enforce their will over others, enslaving them either to physical bondage, or emotional/psychological/spiritual bondage, or both. The species of man, Homo sapiens, cannot and will not rest until freed from such subjugation. Our very nature, created in the image and likeness of God, demands freedom. Anything less would be de-humanizing.

So, upon this platform we can better understand that the first settlers and their progeny were God-fearing to the point that they were willing to act upon their belief to be free from the tyranny of Britain – or die in the effort. Is it any surprise then that Patrick Henry so eloquently summed up his personal beliefs about freedom in 1775 when he spoke before the Second Virginia Convention these closing words which burn deep in the soul of all who love freedom.


“They tell us, sir, that we are weak; unable to cope with so formidable an adversary. But when shall we be stronger? Will it be the next week, or the next year? Will it be when we are totally disarmed, and when a British guard shall be stationed in every house? Shall we gather strength by irresolution and inaction? Shall we acquire the means of effectual resistance by lying supinely on our backs and hugging the delusive phantom of hope, until our enemies shall have bound us hand and foot? Sir, we are not weak if we make a proper use of those means which the God of nature hath placed in our power. The millions of people, armed in the holy cause of liberty, and in such a country as that which we possess, are invincible by any force which our enemy can send against us. Besides, sir, we shall not fight our battles alone. There is a just God who presides over the destinies of nations, and who will raise up friends to fight our battles for us. The battle, sir, is not to the strong alone; it is to the vigilant, the active, the brave. Besides, sir, we have no election. If we were base enough to desire it, it is now too late to retire from the contest. There is no retreat but in submission and slavery! Our chains are forged! Their clanking may be heard on the plains of Boston! The war is inevitable — and let it come! I repeat it, sir, let it come.

“It is in vain, sir, to extenuate the matter. Gentlemen may cry, Peace, Peace — but there is no peace. The war is actually begun! The next gale that sweeps from the north will bring to our ears the clash of resounding arms! Our brethren are already in the field! Why stand we here idle? What is it that gentlemen wish? What would they have? Is life so dear, or peace so sweet, as to be purchased at the price of chains and slavery? Forbid it, Almighty God! I know not what course others may take; but as for me, give me liberty or give me death!”
By Middletown Insider - March 03, 2016