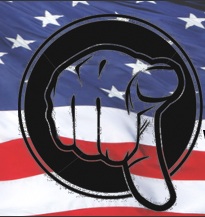 Alex Haley;s book, “A Different Kind of Christmas”, was given to me as suggested reading; something lighter than the usual reading fare to distract from the enormous problems our society faces at a turbulent time, in a turbulent world.

On page three, a phrase caught my eye and stuck in my mind as relevant,


“. . . changing neighborhoods is not always a solution to problems.”
You see, for the longest time the idea of fleeing my adopted state of Connecticut has lingered in the back of my mind.  Preventing it were finances, something not insurmountable but problematic and that Linda’s parents were still here and that she would never be able to leave them.  (can’t fault her for that)  Though I have some close friends, my family here is estranged, therefore I have no heavy anchor and so what other reason is there to remain?

Prodding me to leave is frustration and dismay over the political climate and the steady erosion of liberties by a legislature that ignores the Constitution.  Rampant taxation and debt, a populous willing to sacrifice liberty for a false sense of security, social and ethical decline, a shrinking income and an ever increasing cost of living are major contributors to my desire for a change of scenery.

Not being one to run from adversity though, something about the idea of fleeing just doesn’t rest well in my gut.
In junior high I was bullied until I got fed up one day and fought back . . . and won.  I was never picked on, again.  In fact, I earned a measure of respect from fellow classmates.

In high school, someone stole a watch my parents gave me for Christmas.  At 17, I filed a suit in small claims court . . . and won.

As an adult, I battled several unscrupulous landlords . . . and won.

Once, a prosecutor who didn’t like my attitude, brought me up on non-support charges, even though I was current and making regular payments to my ex.  She did this without standing.  My ex never filed a complaint for non-support, nor did the prosecutor ever talk to her about it.  I fought back . . . and won.  (I believe it cost the prosecutor her job.)

It just ain’t in me Irish blood to back down from a fight!

But, the fight we face today is not about me.  It goes far beyond my narrow, personal interest.  What we face today, is a battle for the future of our state and nation, and indeed the world.  If Liberty falls in America, the world will fall into the abyss with her.  We are certainly the last bastion of hope (outside Christ) for the world.  If Connecticut falls, so surely will another state fall, then another.  Before long, there may be nowhere left to run!  What of our children, grand children and generations yet unborn?  Our posterity has a stake in this, too.  What will be the legacy we leave unto them; liberty or tyranny?

What of the oath we took and renew each week at the Connecticut Restoration Coalition meetings; the oath to support and defend the Constitution against all enemies, foreign and domestic; the pledge of our lives, our fortunes, our sacred honor, so help us God?  Do we fulfill that oath by fleeing?  Do we truly mean what we say or are our words hollow platitudes?

Maybe I think too much, but what of the Founders, the original American Patriots?  What of them?  What of their sacrifices?  What of their pledge of their fortunes, their lives, and their sacred honor?  They truly meant it and lived it.  Many lost everything they had; money, property, family, life.  What would they think of us if they could look down and see what we are doing, today?  Do we honor their sacrifices by running or do we follow in their footsteps and live as we speak?  Or, are we simply paying lip service to a romantic notion?

Our mettle is about to be tested; do we pass the test, or do we fail?

“. . . changing neighborhoods is not always a solution to problems.”

Some of Connecticut’s Patriots, courtesy of the Connecticut Society of the Sons of the American Revolution, http://www.connecticutsar.org/patriots/

Roger Sherman - the only man to sign all four founding articles.
Roger Sherman - One of the most remarkable men of the Revolution
Gen. Gold Selleck Silliman - fought in the battle of New York.
Joseph Spencer - Major-General of the Continental Troops
Elijah and Marauchie Sperry- History of the Patriot
Abel Spicer - fighting for the cause of liberty.
Capt. Abner Stocking - fought in Boston and Quebec.
Capt. Stephen Stow - 200 Invisible Men: Tyranny on the Sound!
James Taylor - sergeant in Massachusetts regiments
Thomas Taylor - sergeant in Massachusetts regiments
Jonathan Trumbull - Connecticut Governor
Jonathan Trumbull, Jr. - An uncompromising exponent of Federalism
Seth Warner - A Family History Epic
Col. Jeremiah Wadsworth - deputy commissary-general for the Colonies.
Jonathan Wadsworth - fought in the Battle of Saratoga
William Williams - Signer of the Declaration of Independence
Gov. Oliver Wolcott, Sr. - Congressman during the war.
Gov. Oliver Wolcott, Sr - Signer of the Declaration of Independence