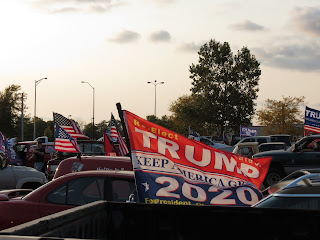 Last night, spirits were high as hundreds and hundreds of Trump supporters gathered in the Washington Square parking lot in  the small mid-western town of Washington Court House, Ohio to participate in the "Trump Cruise of WCH 2020".  Many more hundreds lined the streets from Columbus Ave., through Leesburg Ave.to see the spectacle and show their support.  Participants in the parade came from at least as far away as Dublin, Ohio.

The event was organized by  Logan Crooks and his brother, Brian.

Trucks, cars, motorcycles and even a small utility vehicle formed the miles long parade. Most displayed flags, placards, and signs declaring support for the re-election of Donald Trump and Mike Pence.  The American flag, along with a few signs supporting local candidates, was also prevalent.

There were so many vehicles participating, that by the time the last one exited the parking lot, the parade leaders had nearly made the entire loop, back; close to three miles!

The atmosphere was festive; participants and parade goers alike waived, shouted, smiled and honked to each other, expressing their shared belief that Trump/Pence would indeed have "four more years!"

Unlike recent "protests", (aka riots), hosted by BLM, Antifa and other anarchists, other than a routine cruiser passing by, there was no police presence.  It was not needed.  Unlike the aforementioned groups, Trump supporters are, by and large, peace loving, respectful, tolerant and law abiding citzens. 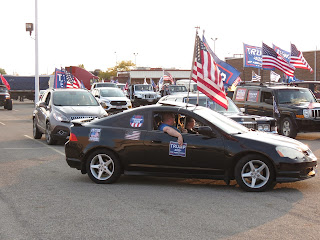 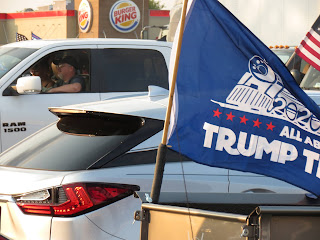 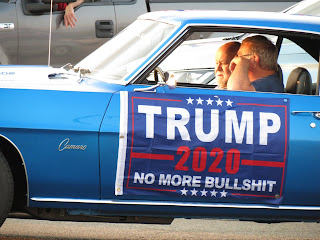 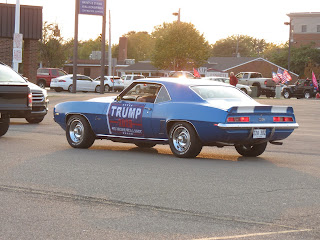 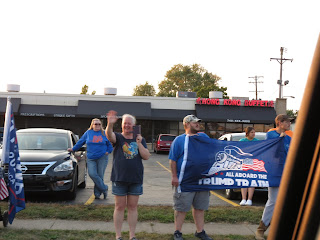 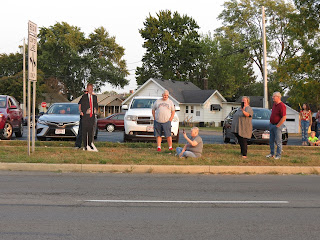 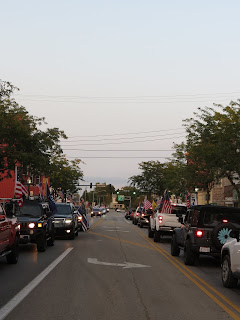 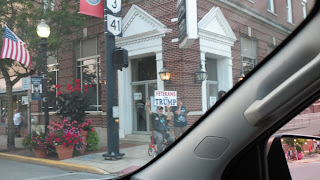 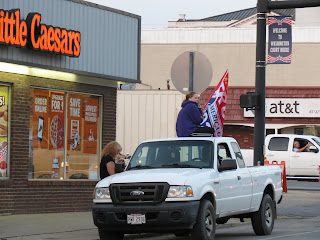 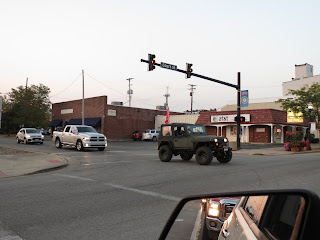 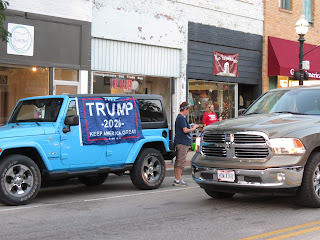 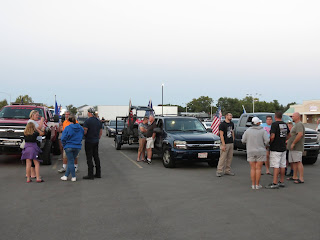 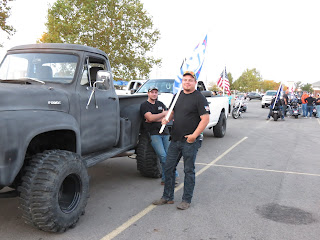 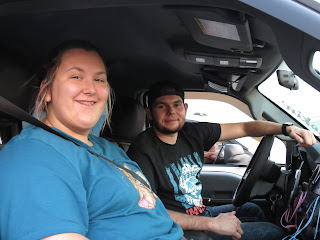 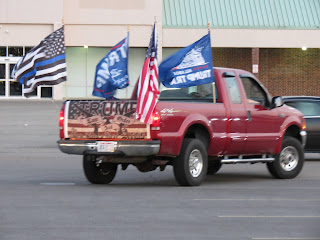 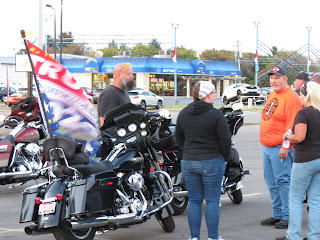 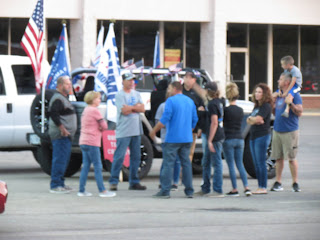 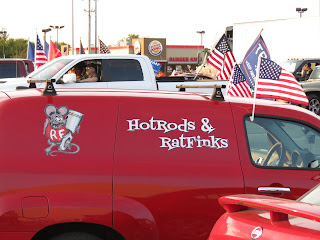