Imprimis - Thoughts on the Current Crisis; A Must Read 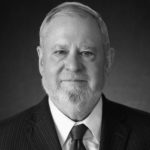 
First a report about the College. Hillsdale’s campus is quiet, which it ought not to be, but also well. Our students were away for spring break when the coronavirus hit. We spent the week absorbing the news and making plans to bring them back, it being our job to have college. We found that we could not. Much of what I am writing here is shaped by this discovery: we did not have and could not get the tools and knowledge to do our work. And soon enough we were forbidden to do it by general fiat.

Spirits are good here, nonetheless. There have been many inspiring examples of service, good humor, and effort. I just finished a videoconference with the senior class officers to plan Commencement, which will be a grand celebration whether it is in May or later this summer. The seniors will arrive days early, dress up in their finery, and come over in groups for dinner at my house and sing and give toasts. Those are important rituals of friendship, and students have the same attitude as I: they will put up with absence and isolation, but resent it, and they will redouble their efforts to achieve the best things. They are determined to convert this disruption into an opportunity for excellence.

Meanwhile we are teaching our students online. We have learned a lot from producing online courses for the public over the past decade, and over two million citizens have taken one or more of them. Soon we plan to start a master’s degree program in classical education, and we will have an online component to that as well. But we lose something beautiful and irreplaceable when we are not in a classroom, and we regret very much these days having our students at a distance. There is a real loss in their absence, just as there is real loss everywhere in the nation. This loss is little measured or understood.

Financially the College is in good shape. We do not have much in the way of debt, and we keep a lot of cash around. We are cautious in our management of the College, and we are cautious with good reason. I have been president here for 20 years, and during that time we have had 9/11, the 2008 financial crisis, and now this. So we are pretty well prepared for whatever comes.

The same cannot be said for the federal agencies assigned to protect the public health. As I write, I am not confident that I know whether all of the current economic shutdowns in the United States are necessary to stop the virus. Every hour I read some authoritative person saying yes, and the next hour I read some authoritative person saying no. What I am confident about is that we were not prepared for this pandemic, and yet we spend an enormous amount of money on a centralized bureaucracy that now operates top down from the Centers for Disease Control and Prevention (CDC), the Food and Drug Administration (FDA), the National Institutes of Health (NIH), and other agencies to Hillsdale, Michigan, and tens of thousands of other communities.

Why didn’t we have testing kits early on, which seems to have been one of the keys to South Korea’s success in dealing with the virus? Why didn’t we have masks? Why didn’t we have ventilators? I am told that our national stockpile of these things was depleted during the swine flu pandemic of 2009 and never built back up. I am told that there has been an unsuccessful push to produce a stockpile of ventilators going back to the end of the second Bush administration and extending through President Obama’s two terms, and that the FDA has delayed production recently by taking five years to approve a new ventilator design. There is no doubt that there are many people at fault, but above all the blame lies with the bureaucratic form of government that has developed in our country since the 1960s.

To take just one example, the CDC was created in 1942 as the Office of National Defense Malaria Control Activities, and in 1946 was renamed the Communicable Disease Center. For many decades it focused its full efforts on its original mission: viruses and communicable diseases. But by the 2000s, the CDC, like most executive agencies, had become largely independent of political control and lost its focus. It had widened its work to include chronic diseases and addictions, nutrition, school health, injuries, and—a telltale sign of ideological corruption and mission creep—racial and ethnic approaches to community health. It is a logical fact that if you favor some people you must disfavor others.
In 2007, the late Senator Tom Coburn issued a well-documented report entitled, “CDC Off Center—A review of how an agency tasked with fighting and preventing disease has spent hundreds of millions of tax dollars for failed prevention efforts, international junkets, and lavish facilities, but cannot demonstrate it is controlling disease.” In the years since, there have been reports documenting multi-million dollar CDC studies on topics like the prevention of gun violence, how parents should discipline children, and chronic health conditions among lesbian, gay, and bisexual populations.

In 2017 alone, the CDC spent over $1.1 billion on chronic disease prevention and health promotion, $215 million on environmental health, and $285 million on injury prevention—all purposes that are addressed by other federal agencies. That money could have been used to prepare for communicable diseases, including replenishment of our stockpile of masks and ventilators. In other words, it could have been used to do the work the CDC was created to do.

The communist government of China, where the coronavirus originated sometime last fall, deserves the harshest criticism at the very least for allowing the crisis to get out of control. As is now well known, Li Wenliang, the doctor who first sounded the alarm about the virus’s outbreak in the province of Wuhan (and who subsequently died of the virus), was disciplined by the Chinese government for “spreading rumors” injurious to the state. More recently, Ai Fen, the head of emergency at the Wuhan Central Hospital, gave an interview condemning the government for its lies about the virus—specifically, its denial that the virus was transferable between humans—and she has since disappeared. As a result of the Chinese government’s deceit, a worldwide pandemic that might well have been prevented is costing countless lives.

For example, the now famous Anthony Fauci, director of the National Institute of Allergy and Infectious Diseases in the NIH, did not understand the risks of the virus as late as January 26. During a radio interview with host John Catsimatidis, he said that the American public shouldn’t worry about the coronavirus outbreak in China. “It’s a very, very low risk to the United States,” Fauci said. He continued:

But it’s something that we as public health officials need to take very seriously. . . . It isn’t something that the American public needs to worry about or be frightened about, because we have ways of preparing and screening of people coming in [from China]. And we have ways of responding—like we did with this one case in Seattle, Washington, who had traveled to China and brought back the infection.

His point is clear: we experts need to worry, not the public. But it is the public that must bear the cost of this disruption, and the public should be enlisted in something other than a passive capacity to help stop the virus. It was President Trump, much criticized for it at the time, who closed our borders to China on February 2. Fauci and many other public health officials have since praised that decision, but many experts opposed it.

One needed response to the pandemic is already taking shape with the introduction of legislation by Senator Tom Cotton and others to return pharmaceutical manufacturing to the United States. How many of us realized before this crisis the extent of our dependence on China for medical drugs and supplies? How many knew that China produces around 40 percent of the total world supply of “active pharmaceutical ingredients,” including 97 percent of the U.S. market for antibiotics? Or that it produces 50 percent of the world’s surgical masks?

Did these facts raise red flags at the CDC? They should have. There was a reason that the original name of the CDC, created during World War II, included the words “national defense.” One thinks of something Winston Churchill said in 1934:

We cannot afford to confide the safety of our country to the passions or to the panic of any foreign nation which may be facing some desperate crisis. We must be independent. We must be free. We must preserve our full latitude and discretion of choice.

We should look at how much money the NIH, the CDC, and other U.S. public health agencies give to China, and reconsider that largesse. We should also reconsider our support of the United Nations’ World Health Organization (WHO), of which we are by far the chief financial supporter. Recent budgets show that the WHO spends two times more on travel than on medical supplies, and it has defended and parroted the lies of the communist Chinese government during this crisis as if it were a wholly owned subsidiary. At a January 28 meeting with China’s President Xi, for instance, the director general of the WHO, Tedros Adhanom Ghebreyesus, gave Xi personal credit for his efforts to tackle the crisis, and complimented the Chinese government’s transparency (which in fact had been nonexistent). For weeks after President Trump closed our borders to China, and even after other countries began doing the same, the WHO continued advising against such travel restrictions as economically harmful (presumably to China). And on February 21, with the pandemic looming, the WHO credited China with giving the world “a fighting chance of containing the spread” of the virus, when exactly the opposite was true.

It is also worth noting that Taiwan, which has some experience in battling viruses that cross the 110-mile Taiwan Strait separating it from communist China, reported its concerns about the severity of the coronavirus to the WHO in late December but was ignored. Taiwan, we might recall, was barred from participating in the WHO in 2016 at China’s insistence after Taiwan elected a president who strongly opposes China’s attempts to bring Taiwan under its full control. Despite Taiwan’s early warnings and subsequent success containing the coronavirus, it was excluded from attending, even as an observer, the Emergency Committee meeting convened by the WHO on January 22 and 23 to determine the severity of the virus and the potential for a pandemic.