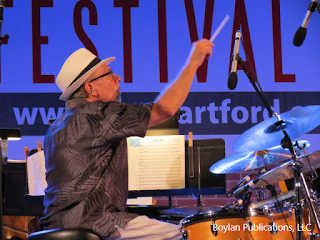 Performances Run from July 9 to August 13

Hartford, CT (June 21, 2018) — The Hartford Jazz Society celebrates the 51st year of the Paul Brown Monday Night Jazz Series. Dedicated to continuing the legacy of its founder the renowned bassist Paul Brown, who founded the series and presented it until the Hartford Jazz Society began producing the Series in 2008 as Monday Night Jazz in Bushnell Park. In 2016 the concert series was renamed the Paul Brown Monday Jazz Series in his memory. Mr. Brown passed away May 6, 2016. 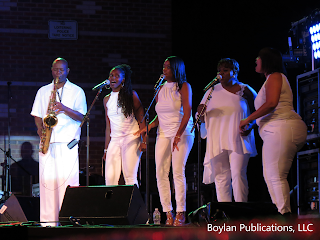 The opening night of the Series will feature Michael Palin's Other Orchestra, an 18 piece big band jazz ensemble. Headliner Jason Palmer is a trumpeter in demand. He was a recipient of the French American Cultural Exchange Jazz Fellowship and Downbeat Magazine cited him as one of the "Top 25 Trumpeters of the Future". He is currently an Assistant Professor at the Berklee College of Music in addition to maintaining a heavy performing schedule. Jason Palmer's Quartet is composed of saxophonist Donny McCaslin, bassist Luques Curtis and Lee Fish on drums.

The Hartford Jazz Society is extremely excited to present the 2017 NEA Jazz Master, organist/guru Dr. Lonnie Smith on July 16th. The remaining concerts will highlight a diverse array of artists, styles and themes including Latin jazz - Chembo Corniel Quintet, Women in Jazz - Helen Sung Quintet: the (re)Conception), noted pianist Laszlo Gardony and the adventurous trumpeter Theo Croker who is comfortable playing standards, swinging post-bop and more groove-oriented electric Jazz. A protege of his late grandfather Doc Cheatham, he remains a force to be reckoned with. 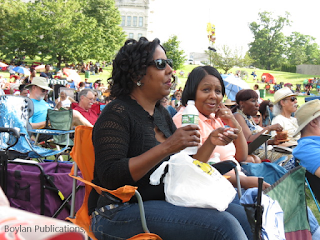 A signature event on the Greater Hartford Arts scene since 1967, the 51st Paul Brown Monday Night Jazz Series in Bushnell Park will be held on six consecutive Monday evenings beginning on Monday, July 9 and concluding on Monday, August 13, 2018. The Series has been recognized as a New England Legacy and is referenced in the Library of Congress as the oldest free continuously run jazz festival in the United States. Concerts begin each Monday with an opening act at 6:00 pm, followed by the headliner starting at 7:30 pm. All concerts will be broadcast in their entirety on WWUH 91.3 FM and online at www.wwuh.org. The rain venue for Monday Night Jazz is Asylum Hill Congregational Church at 814 Asylum Ave, Hartford. 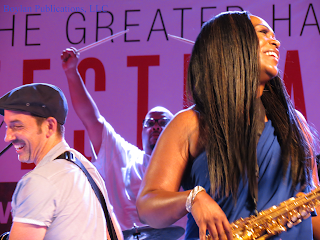 August 13:  Sarah Hanahan Quintet - Helen Sung Quintet: the (re)Conception Project
The mission of The Hartford Jazz Society is to cultivate an appreciation of the sound, culture and love of jazz by presenting a variety of live events and other activities throughout the Greater Hartford community. Founded in 1960, the Hartford Jazz Society is the longest continuously operating jazz society in the country.  For more information, visit www.HartfordJazzSociety. com.
By Middletown Insider - July 06, 2018