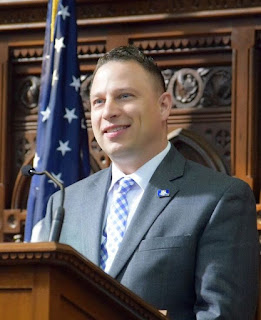 A common theme of my recent columns has been my dissatisfaction with the ever-increasing amount of partisan politics, games, and distractions that have become pervasive in actual policy making. I have always accepted that during campaign season (it is an election year) that there would be an increase in rhetoric and finger pointing. However, now it seems that it’s no longer just election year competition and, sadly, actual public policy is being created for political reasons.

Last month, I touched upon a few bills that were proposed for the sole purpose of creating election year negative campaign mailers. Many are nothing more than creative titles that have little to do with the content of the bills themselves. There was the so called “women’s health bill” that writes federal Obamacare statutes into our Connecticut state law on the possibility that the Affordable Care Act (another oxymoronic title) would be repealed in Congress. This November, there is no doubt that Republicans will be a target of Democrats making the false and ridiculous claim that we don’t support women’s health based on this vote.

There was also the “pay equity” bill - that has nothing at all to do with pay equity. The bill simply added another burdensome restriction on employers, effectively prohibiting them from asking for a potential employee’s previous pay rate. Again, there is no doubt that those of us who voted against adding even more regulations on business will be falsely accused of being part of the made up “war on women.”

There was even a bill allegedly designed to protect gay children from electro-shock therapy – the “conversion therapy ban” – but the language not only restricts parents from being involved in their own child’s counseling, it also removes protections from certain kinds of abuse if no money is exchanged.

There were gun control bills designed to stir up emotion on the idea that somehow adding more restrictions and regulations on law abiding gun owners will stop more tragedies from occurring. Unfortunately, actual policy efforts, such as my attempts to pass amendments to crack down on illegal guns used by criminals and gangs in our major cities, and to provide funding for school resource officers, were blocked repeatedly.

One good thing that happened in 2018 was that we passed a bill that I was proud to co-sponsor – the ECS bill. PA 18-35 would have prevented the Governor from unilaterally making cuts to education aid not approved by the legislature’s budget process. A great bill, right?! – and who could possibly be against it after what happened last year when Governor Malloy arbitrarily targeted small towns across Connecticut by reducing education aid, affecting town budgets and causing many to raise property taxes. It passed the Senate 36-0 and overwhelmingly in the House with only inner-city Democrats voting no.

Then, in a brazen move, Governor Malloy chose to veto it! Surprising, since the bill passed easily with enough support to override his veto. A veto-session was scheduled for June 25th and legislators gathered in their respective chambers prepared to override the veto, which requires two-thirds of all House and Senate members (101 in the House, 24 in the Senate).

The override narrowly passed in the House with all Republicans voting to overturn (103-33). Fortunately, enough House Democrats joined us to surpass the magic number of 101, but in a shocking turn of events, the attempt failed in the Senate 19-10 (short of the required 24 votes). All Republican senators voted in favor of the override, but several Democratic senators abandoned their original positions and voted with the governor this time around.

Unfortunately, not even one of Malloy’s seven other vetoes were overturned this year because majority leadership refused to call them – and the entire veto session resulted in yet another waste of taxpayer time and money.

I am greatly disappointed that some of my colleagues across the aisle chose to switch their positions on the ECS bill. I am equally displeased with the majority’s rejection of my school safety proposals, which I truly believe would help keep our students safe. We need common sense solutions now more than ever, and my proposals would have served that purpose.

It is sad when political agendas take precedence over education and public safety. It is my sincere hope that this November brings positive change and new leadership to our state government. I will keep doing my part to make it happen.

Thank you for reading. As always, you can contact me directly at repsampson.com.
By Middletown Insider - July 25, 2018