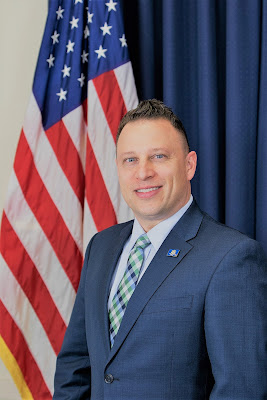 As many of you will remember, I voted against the so-called “compromise” budget that was passed last October. The plan contained new and increased taxes, cut aid to towns, and contained questionable priorities like cutting funding for seniors while simultaneously bailing out the City of Hartford. It’s biggest failing was that it was out of balance even before it was passed, with little attention to changing our current course. I just couldn’t support it.

Fast forward to the final hours of the 2018 Session with the legislature up against another deadline and needing a resolution to correct at least the immediate imbalance in Connecticut’s books. This time, I am happy to report that cooler, more lucid minds prevailed, and all parties came together to pass a budget adjustment that begins to erase some of the terrible mistakes made in the compromise budget – restoring millions of dollars in aid to small towns across Connecticut (including the towns I represent Southington and Wolcott) who were shortchanged in the previous plan and then mugged again by Governor Malloy’s executive authority.

This budget “fix” also restores much of the cuts made to the Medicare Savings Plan, which helps over 100,000 seniors. Maybe most importantly, it revokes a substantial amount of the executive authority the Governor used to circumvent the will of the legislature. Best of all, this plan contains no new or increased taxes.

Despite those positive attributes, this is still another imperfect document that fails to address our long-term problems, particularly our growing debt and pension obligations. I voted yes as did nearly every other member because of the positives above, and because unlike the previous budget, it was the result of a genuine compromise with an attention to good public policy as opposed to election year politics that seems to infect every move the legislature makes lately.

During the debate, my Republican colleagues and I offered an even better alternative plan that charts a wiser course going forward, but it failed on a nearly party-line vote. I am looking hopefully to next session and a potential change in leadership to see those ideas come to fruition.

That vote was one of the final acts of the 2018 legislative session. Next month, I will share a recap of what happened. I am thinking of titling it “the good, bad, and the ugly.”

Until then, I am available whenever you need me. Please feel free to call my office at (800) 842-1423 or email me at rob.sampson@housegop.ct.gov.