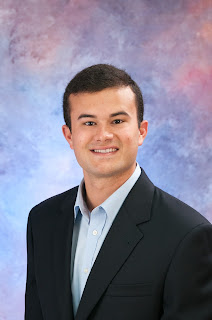 Hartford – State Senator Art Linares (R-33) today called for taxpayers to submit testimony in support of Senate Bill 367, An Act Concerning Employee Benefits For State Employees And Elected Or Appointed Officials. If passed, the legislation would require officials from four state offices to review the long-term impact of state employee health and retirement benefits on the state’s economy.

The bill will receive a public hearing before the legislature’s Appropriations Committee on March 28 at the Legislative Office Building in Hartford.

“Before the session began, I proposed limiting to $100,000 annually the pension amount a state employee could receive in retirement,” Sen. Linares said. “While this bill does not go that far, it starts a much-needed process. The present state employee contract that dictates pension and fringe benefits is in effect until 2027. It is imperative that we determine the long-term impact that meeting these obligation will have on the state’s economy, and what can be done if the money isn’t there.”

Senator Linares said the state contract makes promises to employees at all pay levels. He asked what happens if pensions for the highest-paid employees prevent the state from keeping its promise to lower wage employees.

“Right now, the state has nearly 1,400 retirees receiving pensions in excess of $100,000, including a former UConn professors who receives more than $300,000 each year,” he said.  “I don’t see how we can sustain payments at these levels year after year while we add new retirees to the system. Capping pensions at $100,000 may not fix the problem, but it certainly won’t make it any worse. We can’t keep this up forever.”

Sen. Linares said requiring a study and potential courses of action would allow legislators to make informed choices to address the matter.

The Appropriations Committee Public Hearing will be at 10 a.m. on March 28 at the Legislative Office Building on Capitol Avenue in Hartford. Those unable to attend the hearing can submit testimony by emailing: apptestimony@cga.ct.gov. Submissions must include the bill number, Senate Bill 367, in the subject line. Testimony can be the email message itself or an attached document.