Peter Lumaj - Beyond the point of absurdity! 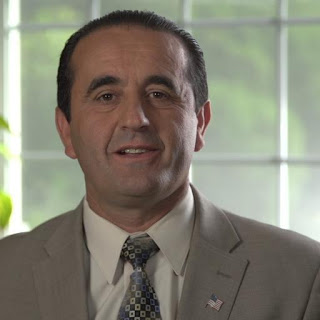 Southington, CT – Peter Lumaj, Conservative Republican for Governor, slammed the Malloy Administration's $550 million deal to bailout the City of Hartford this morning. Lumaj stated that "The thought of bailing out a failed Mayor and a failed city was beyond the point of absurdity."

Lumaj continued by saying, "We have a bad habit in this state of rewarding failure. Gov. Malloy's plan to bail out his buddy Mayor Luke Bronin does nothing but reward the reckless spending and carelessness of Hartford politicians. This is systematic failure and we simply cannot afford to do it. Hartford needs to come face-to-face with their own financial reality and accept responsibility for their financial mismanagement. Bailouts have never been, and will never be the answer. We can save our cities and state by creating a predictable environment for economic growth and investment. This starts with major tax cuts, reining in the size, scope and cost of government and then prioritizing our spending."

Lumaj concluded his remarks by saying, "As Governor, it will be my job to fight for each and every citizen of this great state, but I will NOT reward failure. The taxpayers of our state demand and deserve better from their elected leaders. When I'm Governor, I will put a stop to Hartford's panhandling at the Capitol and will answer to the taxpayers first."

Published as a public service.
By Middletown Insider - March 28, 2018