Middletown Politics is a tense game. Don’t let anyone ever let you believe it’s not because what’s ultimately at stake, is our community, and who we let decide what is best for us, our property, our safety, our health & welfare, the education of our children, and our wallets and bank accounts. So, when you take the very best both Republicans, and Democrats have to offer, (and any third party) and stick them in a small room together, it’s tense. And that’s the exact feeling I had when we walked into the Fellowship Hall, of the Third Congregational Church, on Miner Street, on Monday night, the 30th of October. 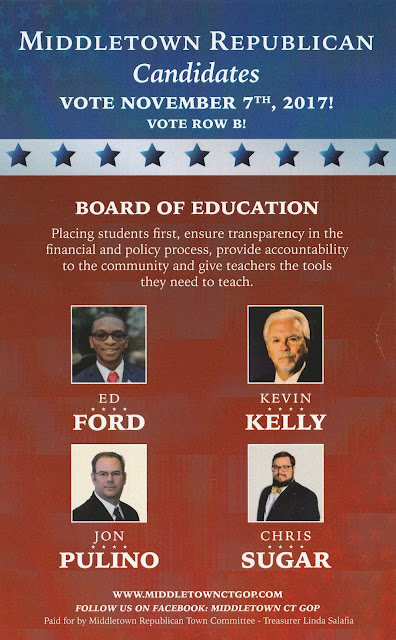 First, there are no unimportant elections. Let’s get that out of the way. Just because it’s not a Mayoral, Senate, or Congressional election year, doesn’t mean the stakes aren’t equally as high. Some, including myself, would say more so. At stake this year; Board of Education, and Planning & Zoning. Also on the ballot, the question whether to build a new Middle School, for $87.35 Million dollars. That question is so important, that I’ll address it in a separate article in a few days. Not all the candidates had shown up, on both Republican, and the Democrat sides, for various reasons, and here’s how I’m going to play that one; It’s no secret that I am a Republican, and I do know the candidates on the Republican side fairly well. For those not present, I won’t speak for anyone, but I will give my honest, fair assessment. As for the Democrats, my number is published, as is my email. Both went unused. But, Steven Devoto does like to prank call me, and I didn’t even get that. Too bad.

Republicans for Board of Education:

Jonathan Pulino: A teacher for over 20 years, son of Father who is also still an active Teacher as well. Jon has been interested in serving the people of Middletown, his home, for as long as I can remember. You may know him from the Public Access Shows he often does, with Bill Wilson. Jon has an authentic love for Middletown, and it’s citizens, and as a Teacher with his Education, Experience, and Background, we need a man like him on the Board of Education. Everyone spoke about the need to close the ”Achievement Gap”. One of the best people I know that have “boots on the ground” knowledge to do just that are teachers! There’s a reason I mentioned him first because he is an example we all need to follow.

Ed Ford Jr.: This is a young man we all need to keep our eye on! At just 20 years old, he had just graduated Middletown High School two years ago. It’s one thing for a young man to desire to turn around so shortly after graduating High School, and it’s completely another to have one like Ed, who you can feel the enthusiasm in, when he tells you how he has watched friends he knew in school, go down the wrong roads, or not go on to college, and want to come back to the City he loves, and try to correct the “achievement gap” that he knows personally- but didn’t let hold him back from becoming a success. I already said that the best people I know with “boot’s on the ground” experience in Education are teachers; The other is a properly motivated student of life like Ed Ford Jr. Mark my words, this young man is going places, and we should be so lucky to have him. (I feel a dedicated article to this young man coming on…)

Kevin M. Kelly: Another issue discussed a lot was the mental health and wellness of our children. Kevin has been a Psychiatric Nurse his entire working career, and now in retirement, Kevin wants to give back to the City he loves so much. Kevin is a dear friend of mine, and knowing him has taught me there is a tangible value in exercising our rights as Americans. We live in the greatest country on the face of the earth, and that should mean we have schools that don’t only teach kids for the sake of test scores, and government funding- but how about caring for the entire child? How about realizing every child is different, and may not learn the same as the next, or interact with others the same as others? Kevin brings with him the experience of caring for people in a specialty that is based on the foundation that each person is different. We need that experience in managing our schools.

Chris Sugar: Chris is a Public Sector Attorney that deals with different municipalities, and their school districts, and he is the guy they turn to when it comes to dealing with Labor Unions, and Collective Bargaining Agreements, and has done so his entire career. This is his first time out for public office, and for an attorney, who in general usually are reviewing depositions in their sleep, to want to take his experience, and what he’s learned in all his years of dealing with other municipalities, and bring the very best of all that experience to his home City, and it’s Educational System, it says that this man has a huge heart. Someone asked a question how the candidates would make the Board of Education budget more transparent so that average people could understand it? As you’ll hear me say again, many on the opposition said 1000 words, without saying anything. Chris had said, “I’d make it easy to read, as you’d see on a cable bill. Easy to read, understand, with simple charts and graphs.” It was by far the best answer given.

The Bottom Line: The Republican Party is outnumbered 2:1 in Middletown and the victories won in the past, is because we had the best candidate. We have that here with this group of candidates. With a Teacher, an empowered, well educated, well-mannered young man- who was a Middletown student just 2 years ago, a Life-Long Psychiatric Nurse & Patriot, and Public Sector Attorney, with extensive Collective Bargaining experience. This is by far the best-assembled group of candidates for Board of Education, in many years. We only have our children’s success to gain, and when you are dealing with our kids, Politicians, and Life-long Candidates need not apply. I am proud to endorse all 4 of these candidates. 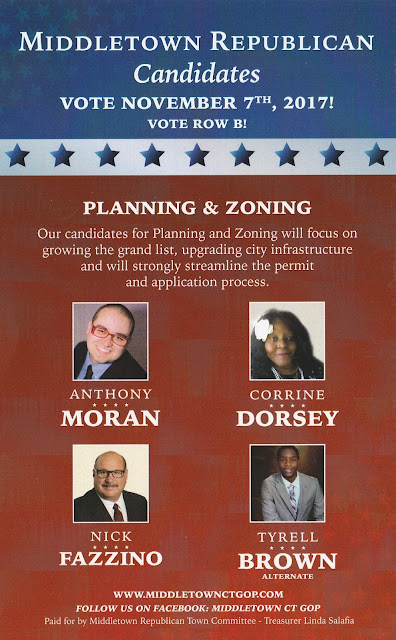 Not present, Anthony RJ Moran, Corrine Dorsey, and Tyrell Brown. I have invited Anthony, and Tyrell to write their Bio’s, and we will publish them immediately.
Corrine Dorsey already has written her Bio, and it’s simply amazing! What a fantastic, accomplished woman Corrine is! You can read her bio here:

We have a motto here, at the Middletown Insider, and that is, “The Truth, Uncensored.” In a political race for office, we report what we interpret, and thus far, this event is the only opportunity we/ I have had with the Democratic Candidates, except for Steven Devoto, who has proved to be a mean, opportunistic, jackass who will cut any corner he can to get to the finish line first. Truth, Uncensored. That said, I’ll give a fair, concise, assessment of those that were present. 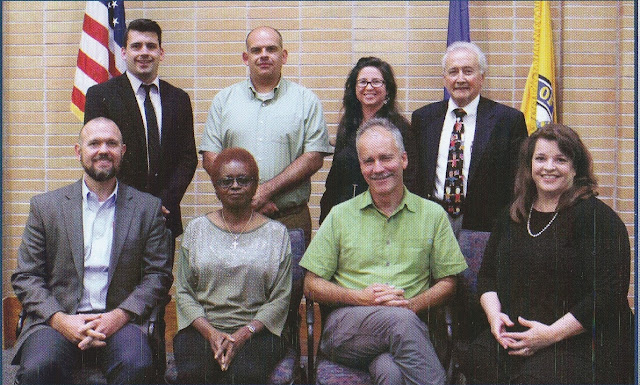 Lisa Loomis: 15 year’s experience as a teacher, who states she wants to use that experience to advocate for the social, emotional & academic success of Middletown students. Unfortunately, she took 10 minutes to say just that.

Sean King: Not present. However, I’ve heard a lot he’s had to say as a member of the Board of Education the past two years, and I think he’s a pleasant enough guy. He also is an attorney.

Vinny Loffredo: This year’s embodiment of what is wrong with Middletown politics. Vinny has been on one committee or commission or another for at least as long as I’ve been alive. We need new blood, people! Not someone so old he has a better chance of dying than finishing his term!

Pat Alston: A pleasant woman. The 1st Vice President of the Connecticut Chapter of the NAACP. Spoke of the need for more after-school programs, which I certainly agree with. Unfortunately, spoke of closing the “achievement gap”; I find it hard to think anyone beyond teachers, parents, and administrators can actually do that.

Nicholas Ficaro: Lived in Middletown for only 6 years. Has been an Architect since 2009. Spoke a lot, but really said nothing.

Steven Kovach: Not present, and unfortunately do not know him enough to comment.

Amy Albert: Thankfully only running for a P&Z Alternate. If anyone could have been described as, “out of her league”, it would be her. No apparent qualifications.

Both Anthony RJ Moran, & Tyrell Brown have responded to me, and have said they will send in their Candidate Bios. We’ll publish them as soon as we get them.
By B. Clark, Criminal Justice & Victims Advocate - November 01, 2017