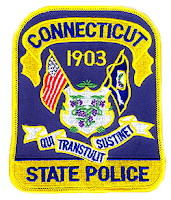 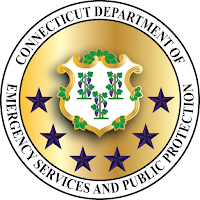 MIDDLETOWN, CT (November 24, 2017): The Connecticut State Police are supplementing the normal patrol force with additional State Troopers throughout this Thanksgiving Holiday weekend. The increased patrols began at 12:01 a.m. on Wednesday, 11/22/2017, and will conclude at 11:59 p.m. on Sunday 11/26/2017.

Troopers are patrolling the roads and highways across Connecticut focusing on drunken driving violations and aggressive drivers.

About the Connecticut State Police
The Connecticut State Police, founded in 1903, is the largest law enforcement agency in the State of Connecticut. More than 1,100 troopers from eleven barracks patrol more than 7,000 miles of roadway and serve as the primary law enforcement agency for 81 towns in Connecticut, totaling 2,600 square miles. The agency has a variety of specialized resources which enhance the ability of Troopers to investigate and solve crimes as well as assist local, state and federal agencies. Our goal is to deter and solve crime, promote highway safety and build relationships with the community through professionalism, respect, integrity, dedication and equality.
By B. Clark, Criminal Justice & Victims Advocate - November 24, 2017