Red Notes From a Blue State - Malloy Crowded Out: We Have Lift Off 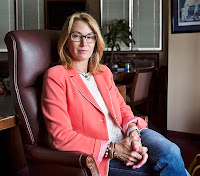 When Democrat and Republican leaders announced they had produced a bipartisan budget, details to be released in two days, a Hartford paper lamented in a page one, top of the fold headline, “State Budget Negotiations: Talks Turn Bitter.”
Sorry, but no. Virtually all Democrat and Republican caucus leaders, closeted together for more than a week hammering out a compromise budget, agreed that their talks were cordial, business-like, productive and remarkably free of animosity. The compromise budget passed the Senate by a veto-proof majority of 33-3, and there was much fist-bumping in the House when the budget passed in the chamber by a veto-proof 126-23 majority.


To be sure, Republican leader in the State Senate Len Fasano said that Governor Dannel Malloy had been excluded from budget negotiations because he had shown himself to be uncooperative and an impediment to productive discussions. And Republican leader in the House of Representative Themis Klarides was less temperate, though not less truthful, when she said in answer to a reporter’s question, “We [Democrat and Republican leaders in the General Assembly] were negotiating from draconian cuts of a governor who is a bully and a baby and who continues to want to scare people in this state. I believe he would have no problem operating this state by executive order until he leaves [in January 2019]. He doesn’t care the pain he’s putting towns and cities through. I do not understand how the person that is supposed to be the leader of this state just sits in that office or wherever he goes and throws bombs at people. … The second that we went off and met on our own, he acted like a baby. There is no place for a baby leading the state. So unfortunately, we had to take over.’’
It is no secret – especially not among Republicans – that the bristly Malloy, who once referred to himself as a porcupine, can be unforgivably petulant and vindictive. Klarides’ bright flare must be seen against a dark background of unjustifiable and shabby mistreatment. Upon becoming Governor, the first time Democrats had held this position in 26 years, Malloy immediately elbowed Republicans out of the room whenever dominant Democrats fashioned their budgets. This ostracism was to last throughout Malloy’s eight years as Governor; budget after budget remained unsoiled by Republican input.
And then, as happens in Greek tragedies, a reversal of fortune occurred. After three major tax increases, accompanied by countless budget deficits, the real state – not the state that appears as a sugar plum in the dreamy imaginations of hegemonic Democrats – began to collapse. Tax increases produced deficits and diminished revenues. Connecticut’s third recession malingered through the entire Malloy administration; it is with us still. The editors and writers of well-respected financial
magazines began to laugh boisterously at Connecticut behind their clenched fists. Major companies pulled up roots in the state. Malloy’s favorability rating plummeted. Republicans gained seats in the Senate, now tied at 18-18, and in the House as well. Companies long rooted in the once rich soil of Connecticut pulled up stakes and moved elsewhere to less tax punishing, lower regulatory states. The Mayor of Hartford, once Malloy’s chief counsel, hired lawyers to facilitate bankruptcy. Unwilling to present a budget to the General Assembly they controlled, Democrats invested Malloy with plenary powers, which he soon put to good political use. Malloy weaponized a judicial decision that found Connecticut’s grants to educational institutions in the state lawless and unconstitutional.

To read the rest of Don's commentary, visit his web site.
By Middletown Insider - October 28, 2017