Red Notes From a Blue State - Ground Hog Day In Connecticut: Why Republicans Should Reject The Compromise Budget 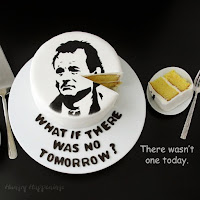 Writing in National Review,  Red Jahncke, president of Townsend Group International and a Connecticut political columnist, advises that Republican members of the General Assembly should not sign off on what is being called a compromise budget, because a solution to long-term financial obligations -- AKA “fixed costs” -- has been excised from the only budget to have passed in both Houses of the General Assembly, a Republican production.
“There is actually one document,” Jahncke writes, “which provides insight into the fundamentals driving the state’s fiscal deterioration: the Executive Order Resource Allocation Plan for Fiscal Year 2018 by which Malloy has been running the state since July 1 in the absence of a budget.”

The figures Malloy relies upon in this document are stark and brutal—but they are reliable:

“The real issue is not spending on overall ‘fixed costs,’ but rather spending in one subcategory, namely, state-employee benefits and the teachers’ pension fund, which is skyrocketing from $2.9 billion to $3.4 billion, or 18 percent. That $500 million is two-thirds of the total increase in ‘fixed costs.’ The $3.4 billion doesn’t include salary and wages for active employees, which are running very roughly $4.5 billion according to Malloy’s summary of the labor-deal extension that he negotiated and jammed through the assembly on a strict party-line vote. So, public-employee pay and benefits account for almost half of all state spending under the Order.”

Any policy prescription that does not attack and reduce “half of all state spending” dooms the state to a perpetual cycle of debt repetition. The problem in Connecticut, in other words, is not how can the budget best be balanced  -- usually by a combination of tax increases and spending reductions -- but rather how can the state permanently reduce fixed costs? The SEBAC-Malloy contract agreement pushed unreformed fixed costs far into the future. Republicans wanted to reform the deadly cycle by replacing contracts with a statutory process that would have restored to legislators the means by which they could in the future reclaim control of their budgets. Republicans opposed the SEBAC-Malloy deal to a person, but it was powered through the General Assembly by superior Democrat numbers and a misdirected Connecticut media.
That battle lost, Republicans produced a budget that miraculously had been affirmed by the General Assembly, and it was a threatened gubernatorial veto that has now produced the so called compromise budget, a yeasty looking donut in which Republican reforms have been lost in the donut hole. The compromise budget is a Democrat measure that maintains a ruinous status quo. Taking Malloy’s own numbers as Holy Writ and the numbers in the Malloy Order are take-it-to-the-bank reliable, the compromise budget solves the wrong problem (i.e how do we balance a budget?) and removes any possibility that the right problem (i.e. how do we reduce future fixed costs?) will be courageously addressed.
It’s been “Groundhog Day” in Connecticut for the last thirty years . . .To read the rest of Don's commentary, visit his web site.
By Middletown Insider - October 27, 2017