What Would Webster Do? 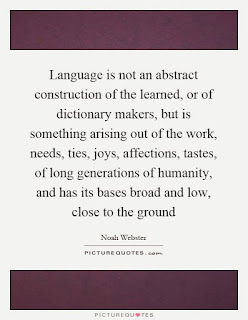 Xiomara Rivera, mother of first-grader Isiah Rivera, is understandably perplexed. Her e-mail to Glen Peterson, the director of the state’s Regional School Choice Office, is fairly straight forward: “I am aware that Noah Webster School is struggling to make its ‘reduced isolation’ quota of White and Asian students, but I do not think this is a compelling reason to justify ongoing discrimination against my son.  I respectfully request that the school system stop discriminating against Isiah because of his race and admit him immediately into one of the open 1st grade seats at Noah Webster so that he can attend school with his siblings in our neighborhood.”

Webster himself would not have understood the expression “reduced isolation quota,” but the great lexicographer, after whom the magnet school in Hartford is named, died in 1843, long before the age of doublespeak.


What is a “reduced isolation quota?”  According to a Sheff v. O’Neill law suit judgment, Hartford schools are deemed segregated when the proportion of “minorities” in the school falls above 75 percent.

In order to meet the court ordered integration ruling, the state coughed up billions to establish a magnet school system in Connecticut on the theory that quality alternative schools would attract sufficient numbers of non-blacks and Latinos to satisfy the court’s desegregation order. For a while, things moved along swimmingly, and then something happened that upset the best laid plans of courts and plaintiffs. The pedagogical product of the new schools, released from crippling mandates and stultifying union arrangements, proved to be markedly superior to that of some public schools, inducing parents in Hartford, presented with other than a Hobson’s choice, to enroll their children in the better schools, thus upsetting the Sheff v. O’Neill apple cart.

Time and chance had thrown a question on the plate of Hartford parents. To frame the question in language Webster might understand: Given the choice whether to trust your child’s future to successful alternative schools or leave them foundering in failing public schools, what choice would you make?

The choice – for Xiomara Rivera and other Hartford parents – was, as the kids say, a no-brainer. Rivera was able to place two of her children in the Noah Webster School, but her third child was filtered out because, had he been admitted, the school could not have met its “reduced isolation quota." Although there were seats available in the school, the mandated quotas launched by Sheff v. O’Neill required the Webster magnet school to admit only a – please excuse the blunt language – white student and not a black or Latino student -- which is, as Xiomara reckoned correctly, a blatant case of the kind of race discrimination that Sheff v. O’Neill was designed to purge from the city of Hartford.

And so, here we are, having shot down the rabbit hole, disgorging Orwellian formulations such as “reduced isolation quotas.” Here in Upsidedownville, majorities, i.e. African American and Latino students, are “minorities.” A well intentioned court aiming to crush segregation under its heel is now forcing school administrators to turn away a minority Latino student in favor of a non-minority – dare it be said  – majority “white” student. The court ruling would not prevent school administrators from admitting an Asian student in place of Isiah Rivera, whom Noah Webster, not to mention the parents of the Asian student, would be surprised to discover was deemed “white.” After all the folderol, the Hartford school system would still be considered segregated by Noah Webster and others – even if the ruling of Sheff v. O’Neill had been rigorously enforced, because the city of Hartford, it so happens, IS a segregated community, and nothing short of the kind of resettlement programs once fancied by Joseph Stalin and the Ortega brothers in Nicaragua, who moved native Indians around like checkers on a board, could desegregated the city.

To read Don's article in its entirety, visit his blog, here.
By Middletown Insider - September 28, 2017