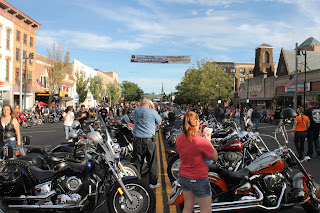 The 12th Annual Middletown Motorcycle Mania is Wednesday, August 9 on Main Street Middletown from 4:30 pm. to 8:30 p.m. This event, presented by Hunter’s Ambulance, Hunter Limousines Ltd. & the Hunter Family, is held in memory of a founding sponsor, Dan M. Hunter, and is driven by Haymond Law. Motorcycle Mania benefits Middletown youth programs, and past proceeds have supported the Hal Kaplan Middletown Mentor Program, Middletown Recreation and Community Services Department youth programs, and the Middletown Summer Youth Employment Program. There is an entry donation of $10 per motorcycle, and $15 for bikes entered for awards.

Over 6,000 bikes are expected to converge on Main Street for this exciting annual city event which will showcase custom and vintage motorcycles. All bikes are welcome to come out for what has become the largest one-day summer motorcycle event in New England. 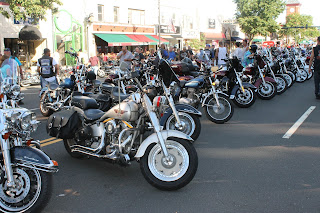 Entertainment throughout the evening will be provided by “Diamondback featuring Clark Denis and Jimi Bell,” reuniting with Motorcycle Mania as the rock band who performed at the first Motorcycle Mania in 2006. Diamondback will perform on the Showmobile in front of Bank of America from 4:30 p.m. to 8:30 p.m. The Patrones, an energetic rock & roll cover band will perform by Brewbakers 104.1 Radio will broadcast by the South Green, and WMRD/WLIS Radio will broadcast live in front of The Middlesex County Chamber of Commerce.

Complete information is available at www.middletownmotorcyclemania.com or contact Cathy Duncan at Cathy@middlesexchamber.com or 860-347-6924.
By Middletown Insider - August 02, 2017