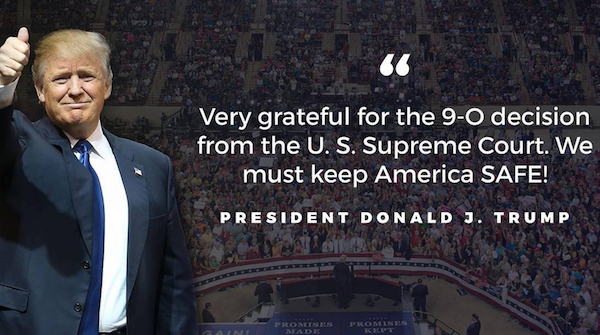 President Trump promised to “set the stage for a great revival” for American factories – to “Buy American and Hire American.”

Going back decades, manufacturers have invested in jobs and factories in other countries – but this year, company after company are making record investments worth billions of dollars in this country.

Read about the President’s week below.

This week, the Supreme Court's decision to uphold an Executive Order on travel affirms the President duty to protect our Homeland and keep America safe as granted by the Constitution. “As President, I cannot allow people into our country who want to do us harm. I want people who can love the United States and all of its citizens, and who will be hardworking and productive,” said President Trump. The President’s number one responsibility as Commander-in-Chief is to keep the American people safe. The President is unapologetically committed to that responsibility.

On Wednesday, President Donald Trump and Vice President Mike Pence welcomed the 2016 World Series Champions, the Chicago Cubs, to the White House. The team brought the Commissioner’s Trophy and participated in a meet and greet with the President. The team gifted President Trump with a customized championship “45” jersey, as well as a “45” scoreboard panel. 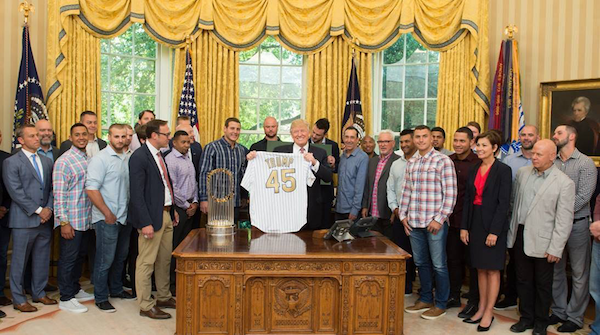 President Trump is dedicated to unleashing American energy as he met with Secretary of Energy, Rick Perry, Governors Paul LePage, Kim Reynolds, Pete Ricketts, and Bill Walker, along with State and tribal leaders from around our great country. In the past five months, the President has taken action in to remove unnecessary and burdensome roadblocks that would have prevented the United States from achieving energy dominance and independence. The United States energy industry is critical to the economy and future economic growth. While Americans have been told they would have to settle for declining energy resources, innovation and new technology have opened trillions of dollars of energy for development. President Trump is following through on his promises to the American people. 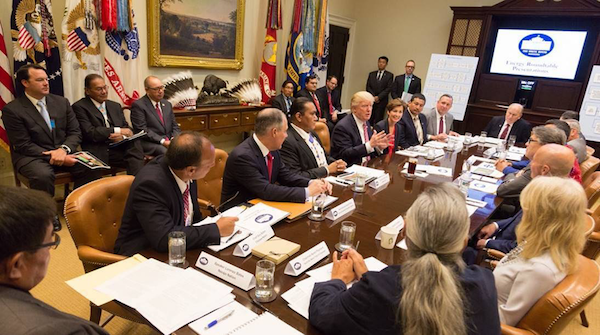 American Manufacturing Is Back

As explained by Vice President Pence, the last statewide health insurer announced that it would pull out of Obamacare in Ohio by next year. Now at least 18 counties in Ohio and 12,000 Ohioans or more won’t have any insurance to choose from at all under Obamacare. Ohioans and Americans deserve better, and Ohio really is a case study of Obamacare’s collapse.

History shows that free market competition and solutions will work to lower costs and improve benefits. And with your help and with the help of Congress, we’re going to repeal and replace Obamacare with better options and care for the American people. 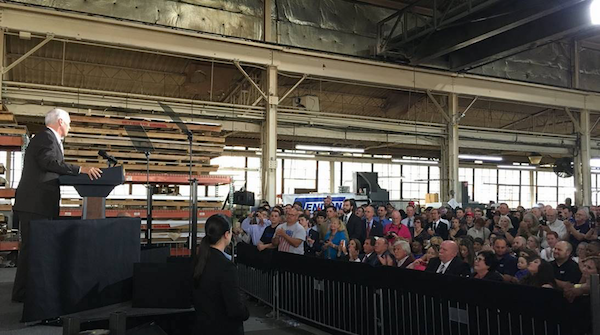 Buy American, Hire American. Our President is America's biggest advocate. And under President Trump's leadership, market confidence and American manufacturing are back.

This President has signed more laws to slash through red tape than any President in American history to save American business up to $18 billion a year. That’s money they can invest in their workers and their futures. With such investment, businesses––small and large––are better positioned to grow and prosper without the government getting in their way. And Obamacare's collapse shouldn't bring them down any longer.

But no business can truly prosper in an unsafe environment. This week was a victory for all Americans as the Supreme Court ruled in favor of the President's constitutional authority to protect the Homeland. The President will remain committed to Keep America Safe.

Thank you for your continued support, and have a wonderful Independence Day,