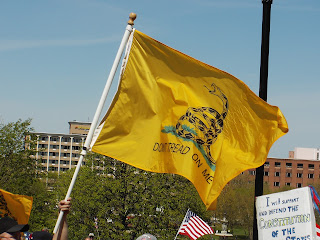 June 20, 2017  (Groton, CT)
The Connecticut Citizens Defense League (CCDL) has filed an amicus curiae brief in the Connecticut Supreme Court opposing an attempt to impose legal liability on the manufacturers and sellers of the firearm used in the Sandy Hook tragedy. The Supreme Court case (Soto v Bushmaster), brought by lawyers representing the estates of several victims of the shooting, is based on the novel theory that the firearm used in the shooting is “too dangerous” to sell to ordinary, law-abiding citizens, and that the makers of the gun should thus be on the hook whenever it is misused to cause injury. But as CCDL’s brief points out, the particular type of firearm used by Adam Lanza at Sandy Hook in fact has about one-fourth as much firepower as many ordinary hunting rifles, because it uses lightweight ammunition. And crime statistics show that ordinary handguns are over fifteen times more likely to me used by “mass shooters” than the model of firearm chosen by Lanza. If the defendants are held liable in this case, then, it will set a precedent that would expose businesses to legal liability each time they sell virtually any type of firearm in Connecticut.
The State Superior Court rejected the Plaintiffs’ theory, noting that it “would be a dramatic change in tort doctrine.” But the Plaintiffs have now appealed to the Supreme Court.
“The implications of the radical theory of tort law advanced by Plaintiffs’ lawyers in this case are dangerous and breathtaking,” said Scott Wilson, President of CCDL. “When you realize that by every empirical measure, the type of firearm at issue in this case is less dangerous and less likely to be used in any kind of violent crime, including mass shootings, than an ordinary hunting rifle or handgun, it becomes clear that this is just the latest effort in the long-running campaign by anti-gun activists to make the manufacturers of any firearm liable simply because criminals or the mentally unstable misuse their product.” But the Second Amendment protects the right to sell firearms to lawful citizens, according to multiple federal court decisions; and a federal statute also generally forecloses attempts to make firearm manufactures and retailers liable for the misuse of the firearms they sell, so long as the sale itself was lawful. “Plaintiffs’ effort to choke off the sale of virtually all ordinary firearms is contrary to both the Constitution and federal law,” Mr. Wilson said. “CCDL hopes that our brief will help the Supreme Court to recognize the truly radical—and unconstitutional—implications of this lawsuit.”
The full brief can be downloaded here: CCDL-Amicus-AS-FILED (pdf)
By Middletown Insider - June 22, 2017