A Tragic Day For Our Community

André Breton cited a profound quote regarding suicide, saying, “Life’s greatest gift is the freedom it leaves you to step out of it whenever you choose.”  I find much truth in that saying because in reality, all of us are one bad decision away from committing suicide.  This article focuses on the latest suicide on the Arrigoni Bridge, where unnamed sources in Law Enforcement identify the man as Steven DeToro from Portland.  Again, unnamed sources say that Mr. DeToro allegedly shot himself on the bridge, and then fell off of it and into the river, 100 feet below.  As of the time of this writing, they had not yet found him.

I personally did not know Mr. DeToro, but from the research I had done for this story, his friends and family painted a picture of a man who was very much loved, respected and whose friendship and presence was cherished by all who knew him.  So, why suddenly end it all?  Well, that’s where I actually come in.  Suicide is a fickle bitch.  It’s often said in a Meme, or on Social Media, that, “Everyone is fighting a battle we know nothing about.”  How absolutely true that is!  We all have either done, or not done things in our lives that we regret or have people we have wronged, and the list goes on and on.  A concise definition is; "we all have skeletons in our closet", and some of us don’t know how to deal with them. 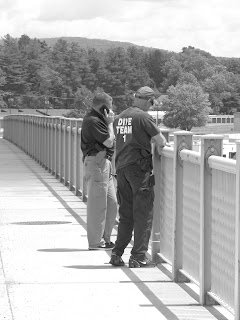 I can speak from experience, actually.  It’s not secret among my friends that I went through enormous difficulties and tragedies in my life and frankly, at the time where these things were coming to a head, I attempted suicide.  Twice.  I won’t go into details because in retrospect, nothing I was going through was worth taking my life over.  But that is just my story; One Person's.  And for years following my last attempt, I worked so hard with different treatment providers and therapists and mentors from my Church.  I can say it until I’m blue in my face, but nothing, and I mean nothing, is worth taking your life over.  Talk to someone.  Humans have an ability to adapt and change to help others.  We are one of the few mammals on this planet, (The others are Elephants, Dogs, and Pigs) that adapt to comfort others, and I mostly mean friends and family, but there are caring and loving strangers that will go out of their way to help, as well. 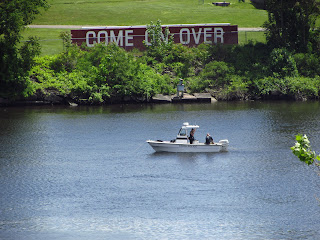 It is very unfortunate about Mr, Detoro.  It’s my hope and prayer that they recover his body quickly so that his family can have some closure.  Yesterday, I went to the search area and I applaud the actions of the Middletown, Portland, and State Police, and the Middletown and Portland Fire Departments and the Dive Teams associated with those agencies.  It was very heartening to see these agencies work together to bring Mr. Detoro home. 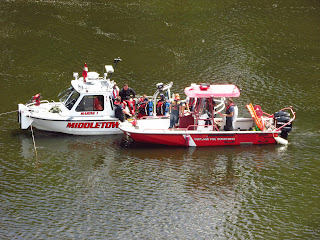 I walk the Arrigoni Bridge very often and it’s sad so many lives have been taken from that Bridge.  This is not the time or place for a political discussion, but there was talk of installing safeguards on the bridge and I will be sure to make that a focus in a future article.  That said, I would have liked to have known Steven Detoro.  He really seemed like a great man, and whether any of us knew him or not, his death is a tragedy in our community. 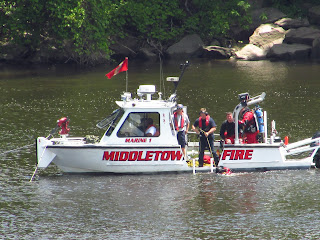