There wasn't time to make a trip out to Palmer Fields, so here's a reprint from last year.

It never fails; as everyone knows, it always rains when Coleman's come to town!  Well, maybe not, this year.  If the National Weather Service can be believed, we can expect good weather through the end of the week. 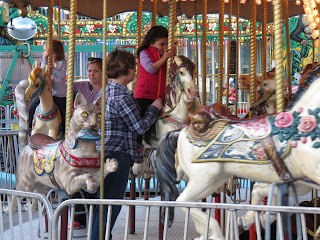 Coleman Bros. Carnival, celebrating its 101st anniversary, launched its 2017 season this week in Middletown and will run thru April 16th.  (I think)(weather permitting.)  It is open at it's traditional location on Bernie O'Rourke Dr., just off Washington St. and adjacent to Palmer Field, which has been under water from the flooded Coginchaug River during at least one Spring launch, circa 1983/4.


101 years ago, Dick Coleman bought a steam powered carousel for $250.   Set up under the Arigoni Bridge, rides were offered for a small fee to passers by.  From there, he started booking rides around the area, in addition to promoting sporting events of all sorts. 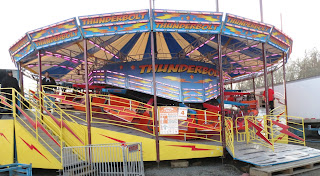 Over time, he and his brothers, Tom and Tim, (as far as we can tell, he had no bother, Harry), acquired more rides, and concessions became a part of the offering.  In addition to games and concessions, there are today some 30 rides and the carnival employs around 50 people, in season. 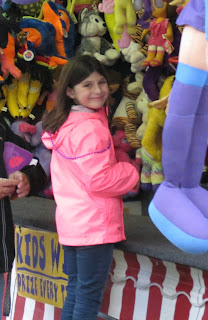 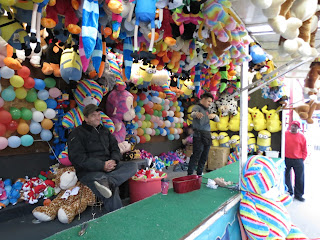 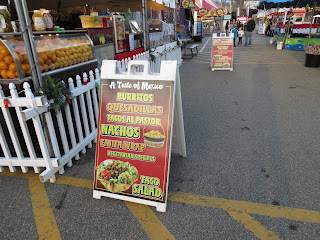 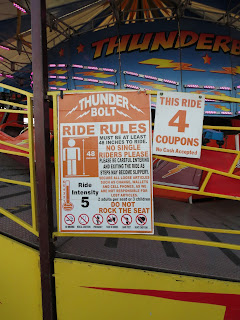