And Justice For All
A NEWSLETTER

And Justice for All is a newsletter involving my opinions, views, and commentary as a lifelong Middletown resident.  As my capacity as a former employee and staunch Labor Leader of City of Middletown Unions (retired with 42 years of service), I have a different insight and perspective of how and why public figures do what they do.


The City of Middletown is seeking a new Director for the Planning, Conservation & Development Department (PC&D).  This position is one of the most important within the City, along with public safety Chiefs, and the Board of Education’s Superintendent of Schools.


The Director of PC&D can either build or destroy a City.  The past few individuals who have held this position turned our town into a thriving community.  Past and present Mayors and Common Council members (for the most part) have been on board with Middletown’s revitalization.  It is not due to any one politician that our downtown area has surged to the forefront as being one of our States finest.  Nor, is it by dumb luck that it has been successful.  It has been by hard work and dedication by the Directors of the PC&D department and their entire staff. This Mayor’s Office will try to convince you otherwise.

That is why I am so confounded as to why Mayor Daniel Drew is placing into nomination as the next Planning, Conservation & Development Director, his Chief of
Staff, Joseph Samolis.  Now don’t get me wrong, Joe is a nice enough person, but to be appointed to such a specialized field is not in the City’s best interest.  All of our past Directors of this department had college degrees in “Urban or Regional Planning, Public Administration, Economics, or a related field with Master’s level course work in the field ---- Master’s degree preferred.”

The next page of this newsletter consists of Mayor Dan Drew’s letter to the Common Council members of February 14, 2017, explaining his reasoning why he wants to appointment Mr. Samolis to one of the highest paid positions in the City.  He does not however, explain why he wants to reduce the minimum educational requirements. Nor does he explain why he wants to remove this position from its current bargaining unit, into a non-union position.  It is not a position which falls under Labor Department criteria for exempt status. 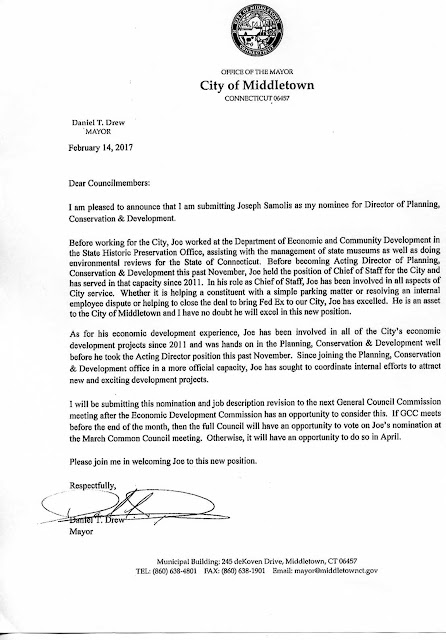 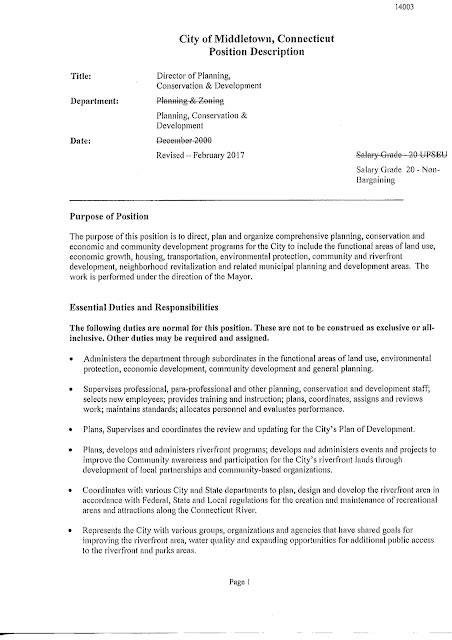 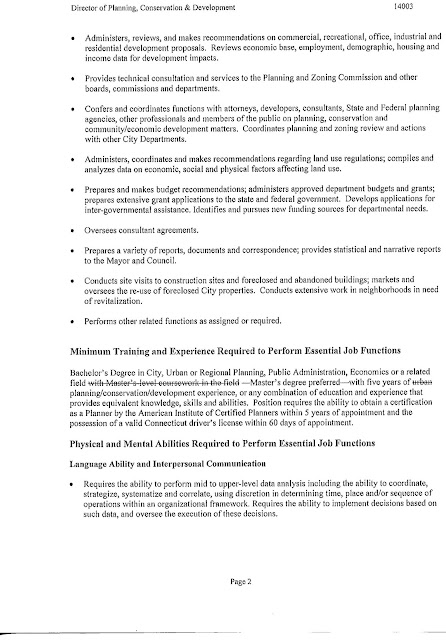 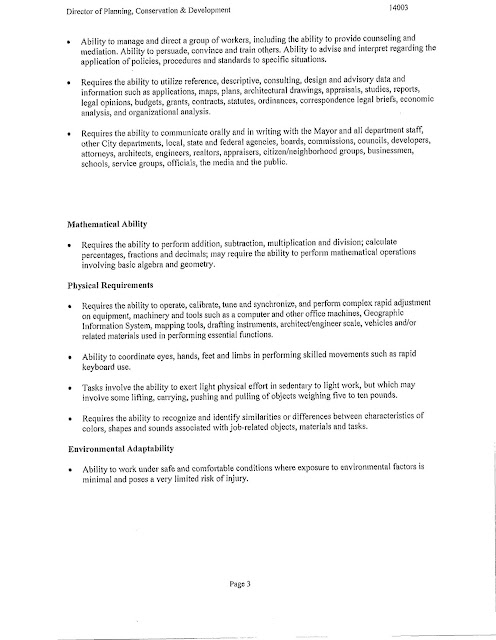 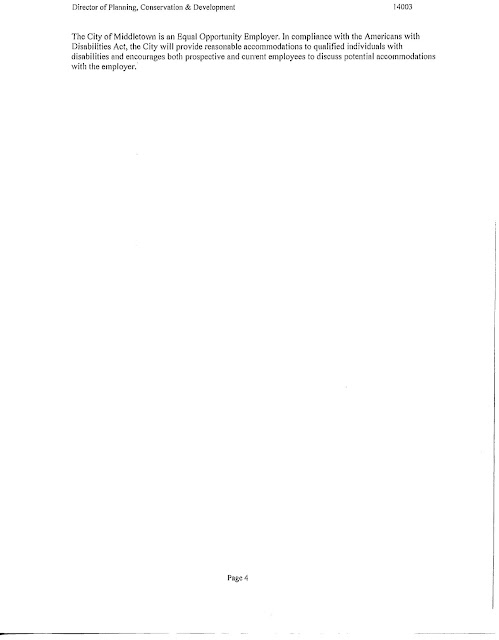