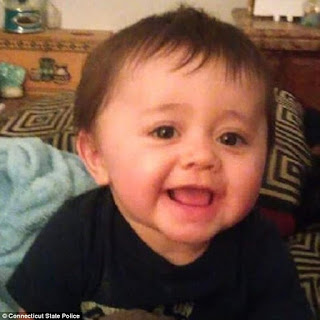 When I ran against you for Mayor, whether it was taken seriously or not is irrelevant, because the issues I discussed, were, and still are very much relevant, to me, and to the citizens of Middletown. If the rhetoric you spewed to get yourself elected was just that, rhetoric, well then, I’m sorry, because I’m calling for action on some of the things you said. Today is just one issue of many, and you know you’ll hear from me again.

Very quickly after the July 6th Tragedy, of 2015, where Aaden Moreno, was thrown to his death by his Father, Anthony “Tony” Moreno, who then jumped afterwards and survived, in an attempt to commit suicide. Very quickly after, I suppose as a Mayor would do, you made comments to the media about the incident. However, it didn’t stop there. No, you began calling for anti-suicidal methods to be built on the bridge; Net’s, and fences, and phones. Actually, on 7/16/16, 10 days from the incident, you were quoted in the Hartford Courant, as saying the following:

"Given the fact that we faced an incomprehensible tragedy and given the fact that many other people
have jumped from the bridge in the past, we have a responsibility to explore these options and initiate a discussion among the community so we can collectively make a decision about the addition of prevention measures on the bridge," Drew said.

For once in my life, I’ll agree with you. We did have a responsibility to explore options, and initiate a discussion among the community… So we could discuss additional prevention methods.
On 7/23/15, you said, again to the Hartford Courant, "We're going to have a discussion on whether or not it would be feasible, and if so, how it would work, to set up some sort of suicide prevention mechanism on the bridge," Mr. Drew said. And this included a photograph of what we currently had at the time, thanks to Lauren Schneiderman / Hartford Courant) 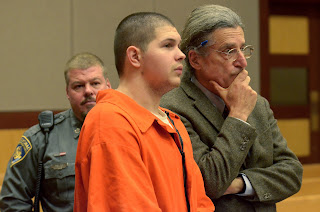 I don’t know Mr. Drew; I can see why you wanted higher fencing. Because after that 4 ½ high Steel Fence, it’s a 100 Foot Fall to the River below.

The last thing we heard from you Mr. Drew, was a report done by Fox 61, on August 18th, and I’ll give you credit, you actually made some sense:

Mayor Daniel Drew says this most recent tragedy has everyone saying “We’ve got to do something.”
“If there’s a way we might be able to prevent someone from taking his or her own life in the future, then it’s our moral obligation to look into whether or not doing something like this would be feasible,” Drew said.

Then something happened. I feel partly to blame here, but a professional like yourself, should have, and very well continued right through my fog of war. For people who don’t know; As a candidate for Mayor running against you, I’d noticed that the bridge wasn’t working for your campaign anymore. Whether I was wrong or right, any efforts towards adding suicidal prevention measures right around that time, stopped. And Nothing was ever done about it further.

I’ll admit, I was always the one to remind someone, that we don’t own that bridge, the State of Connecticut does. But it’s in your city, sir, and frankly, if you have a piece of equipment where people are being murdered and suicides are being carried out, I don’t care who owns it, I’d find a way to rectify it, and do it yesterday!

Sadly, we haven’t heard of any suicide prevention measures being put in place on the bridge. Whether Dan, You don’t have enough friends in Hartford to make that happen, or at least have a hearing held on the subject! If that’s the case, I imagine a run for Governor is going to be tough. Just on this issue alone, you broke your promise.

Yesterday, (2/23/17) Tony Moreno was found Guilty of Murdering his infant son. My daughter and I took a walk on the bridge to the spot where the incident happened. Two fence sections down from the Middletown/Portland Sign, is red evidence tape. Still there after all these years. But no suicide prevention materials in place. Still, the 4 ½ foot railing one can hop over and take the eternal plunge. Why, Mr. Mayor is this still like this? Why has nothing changed? What can we do to ensure this never happens again.