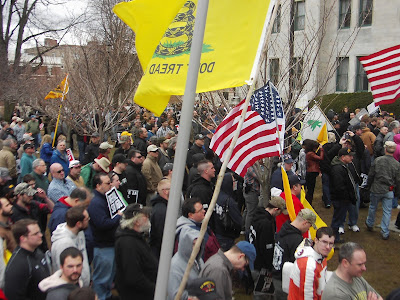 
DISTRICT OF COLUMBIA – The United States Supreme Court declined on Monday to review a lower court’s ruling refusing to strike down on Second Amendment grounds Connecticut’s ban on certain semi-automatic firearms including the most popular rifles in the Nation, the AR-15.

The Connecticut Citizens’ Defense League (CCDL) and other plaintiffs challenged Connecticut’s ban in 2013, arguing that the ban openly flouts the Supreme Court’s landmark decision in District of Columbia v. Heller, which held that law-abiding citizens have an individual right to keep commonly owned firearms in their homes for self-defense.

The federal courts have split over the correct way to analyze Second Amendment challenges after Heller, with most courts applying a fairly weak form of review ordinarily reserved for less-important rights. The Plaintiffs, Mr. Wilson said, had hoped the High Court would step in and reaffirm that the Second Amendment is not a “second-class” right. The lower court’s decision in this case was particularly indefensible, as the unconstitutionality of Connecticut’s ban follows directly from the Supreme Court’s reasoning in Heller. Mr. Wilson suggested that the Court’s decision to decline review may have been influenced by the recent, unfortunate death of Justice Antonin Scalia, the author if the Heller decision.

“We fully intend to renew our challenge to Connecticut’s blatantly unconstitutional ban as soon as there are five Justices sitting on the Supreme Court committed to the proper understanding of the Second Amendment.”