At the Connecticut Republican State Convention on Monday night, May 11th, Angel Cadena was nominated to run for Congress in the Third Congressional District against long-time incumbent, Rosa DeLauro.

DeLauro, now seeking her 14th term, was first elected in 1990.  She was worth over six million dollars and one of the 50 richest members of Congress, as reported by Roll Call, in 2010.  In 2014, Greenwich Times reports her net worth as now more than 26 million dollars!

Richard Blumenthal, also up for re-election was reported to be worth "a whopping $52.93 million", by NBC Connecticut in 2011, ranking him #10 on the list of most wealthy members of Congress.  Now, that same Greenwich Times article above, reports Blumy as worth $121,299,000.  Congressman Himes is reported at $9,246,000 and Esty's at $5,660,000.  The rich keep getting richer, while supposedly advocating for us little people.

Unlike the twenty six year incumbent he is challenging, Cadena was born into a poor family in Chicago under "less than favorable conditions", where his father once used his own body to shield a young Angel from gang violence.  (See the first comment for a statement on this, from Angel's father.)  Having grown up in harsh conditions, Angel has seen and experienced first hand, the plight faced daily by our state's inner city residents; poverty, violence, despair.

He has a connection to our state's poorest people.  He is living proof that being born poor and a member of the minority community is not an eternal, generational sentence of dependency upon government.  Through hard work and initiative, he has risen above his humble beginnings; and, as our 3rd District Representative in Congress, can be an inspiration to others born into similar circumstance.


Angel Cadena served in the United States Marine Corp from 2006 thru 2010 where he earned the rank of corporal within his first two years.  His tours of duty included service in Iraq and Afghanistan in the role of logistics NCO, LVS operator and turret gunner.

A political scientist and a Constitutional scholar, Cadena studied at Southern Connecticut State University earning a bachelors degree in political science in 2013. In 2014, Angel was a candidate for state comptroller.  In 2012, he worked his way up from a volunteer to an intern, eventually taking the reigns as the veteran's liaison for Linda McMahon and has also worked in Hartford as a legislative intern.  He is currently holds a CDL- Class A license and drives tractor trailers.

Angel Cadena is the real deal.  Not born with a silver spoon in his mouth, he knows what it is like to work hard to succeed.  His greatest wish is to preserve the American Dream and pass it on to his three children, Maya, Bella and Anthony.  Having no lust for power and money, his sole purpose is to preserve the republic of the United States of America. 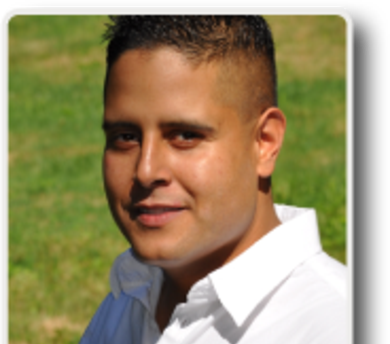 Angel is a winner.  He has a winning smile, a winning sense of humor and a winning personality; a refreshing change to what we have in office, now.

To learn more about Angel Cadena; the man, the candidate and the Patriot, it's best to hear it in his own words.  Visit his campaign web site, where you will find a short bio and a link to his blog where he speaks openly about racism, American history, the Socio-Political impact of the extremes of government overreach, himself and why he is a Republican.

Like any challenger, Cadena faces great obstacles.  His name is not known and he has no war chest filled from the coffers of the lobbyist and the rich and the powerful, like incumbent DeLauro.  As you can see from the charts below, provided by OpenSecrets.org, DeLauro's campaign committee and leadership PACs have raised in excess of 3/4 of a million dollars with Woodbranch Investments the number one donor, contributing an astonishing $30,000!

You can help Angel get his message out by sharing this article and making a campaign contribution.  Campaign contributions can come from any American citizen regardless of residency, as long as it is from their personal account.  Contribution limits are  $2,700.00 from individuals and  $5,000.00 from PACs.  The minimum is only $5.00.  His campaign web site has the donation information. 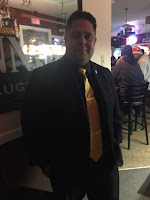 As important as money is when it comes to paying for advertising, buying yard signs and so forth, even more important are the volunteers needed to man the campaign headquarters, stuff envelopes and knock on doors.  There can never be too many volunteers and no amount of time is too small to donate.  Volunteers and inquisitors can find Angel's contact info on his website, as well. (link above)

After twenty six years in office, isn't it time to replace DeLauro who has no record of accomplishment, with a young man who has proven his devotion to his country via service in the USMC?  (Unlike DeLauro who merely pays lip service to veterans.)  Isn't it time to send the elitist career politician home for good?  Isn't it time for, not just a change, but a positive change?

I don't know about you, but I'm tired of the status quo.  I believe that this time around, our third district savior may well be an Angel; Angel Cadena.  With your help, it can be.


"Freedom is never more than one generation away from extinction. We didn't pass it to our children in the bloodstream. It must be fought for, protected, and handed on for them to do the same." - Ronald Reagan, 40th President of the United States of America