This is the twelfth in a series of letters written by someone currently in the custody of the Connecticut Department of Correction.  (Links to previous letters are at the bottom of the page.)

Day 133 (followers will have picked up that there is more than one recipient of these letters.)

Given that the reader has no knowledge of this person or the facts or circumstances surrounding this person's case, the editor asks that readers keep an open mind and take the letters at face value.  Because the purpose of publishing these letters is not to bring condemnation or ridicule to the parties affected, such comments will not be published.  Please keep comments civil. 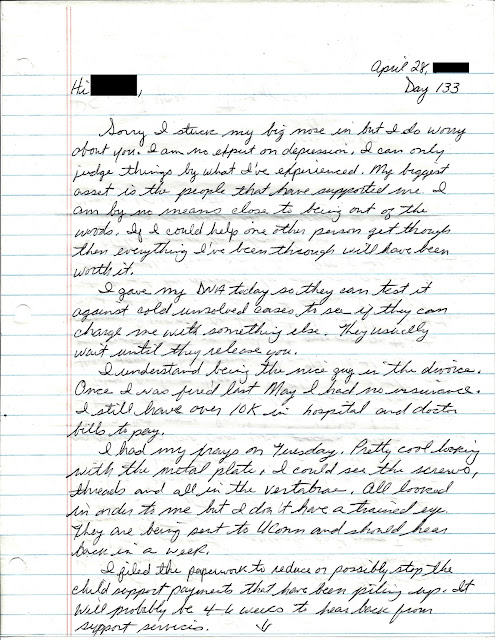 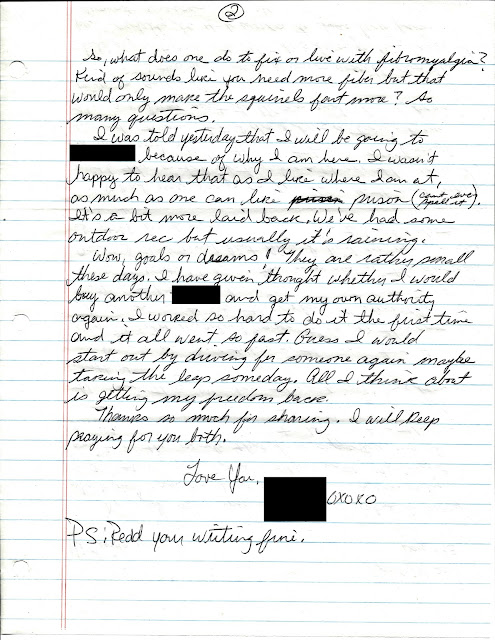 To access this entire series, use the search field at the top of the page.  Enter exactly; "FROM BEHIND BARS" - A Series, then click. Then, choose "sort by date".  Or, select a particular letter from below.