FROM THE OFFICE OF SENATOR CHRIS MURPHY 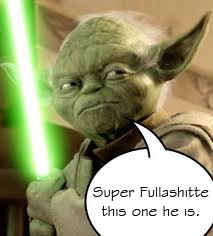 Thank you for contacting me about the recent tragic terrorist attacks. I appreciate your correspondence and hope that you find this response helpful.
In the wake of recent ISIS-related terror attacks, I understand and share the concerns many have expressed about ensuring that people who pose a potential threat aren't coming into the United States. My first and foremost responsibility as your U.S. Senator is to keep our country and the people of Connecticut safe. I firmly believe that we can protect Americans from the threat of terrorism while still remaining faithful to core American values.
There are three major policies I'm supporting that I believe will help ensure the safety of Connecticut families. First, we need to tighten the visa waiver program, which currently allows people from 38 countries to enter the United States without a visa for up to 90 days. These visitors are not subject to the same rigorous methodology we use to screen other groups like refugees. Changes to this program would increase scrutiny of travelers from these countries so that terrorists attempting to enter the country can be detected and detained.
Second, we need to ensure that potential terrorists cannot legally buy guns in America. Over the last decade, more than 2,000 suspects on the FBI's terrorist watch list legally bought guns in the United States. This should not be possible. I'm supporting legislation to close this loophole and ensure that those who are suspected of terrorism cannot purchase guns in our country.
Third, we need to improve coordination with international law enforcement agencies. We need to increase our information sharing with our allies, including European Union countries, to ensure that we are populating our no-fly and terror watch lists with the most accurate and up-to-date information possible. That's why I introduced the bipartisan Judicial Redress Act, which is endorsed by the U.S. Department of Justice. As we confront ongoing national security threats, we must cement vital U.S.-EU law enforcement cooperation and pass the Judicial Redress Act into law.
It's important to note that refugees - those fleeing terror and torture - are subject to the most rigorous vetting and security screening processes of any traveler to the United States. Every refugee goes through a thorough, multi-step vetting process that usually takes 18-24 months. It is the most difficult way for people to enter our country. This process includes multiple security checks from the United Nations High Commissioner for Refugees and U.S. agencies, including the Department of Homeland Security, the FBI's Terrorist Screening Center, the National Counterterrorism Center, the Department of State, the Department of Defense and other intelligence agencies. Mindful of the particular conditions of the Syria crisis, Syrian refugees go through yet additional forms of screening even after they have successfully completed prior rounds of law enforcement and counter-terrorism vetting.
The United States also prioritizes the most vulnerable refugees from around the world for resettlement. This includes children, female-headed households, the elderly, people with severe medical conditions and victims of torture. In fact, 98% of Syrian refugees admitted to the U.S. since the start of the conflict belong to these categories. We aren't bringing into the United States the type of person who fits the profile of those that could pose a danger to us.
Finally, it is critical that the United States develop a comprehensive strategy to defeat ISIS. This brutal terrorist organization is the number one threat in the region, and defeating them must remain our focus. This strategy should include several key elements. The U.S. should help stand up an inclusive Iraqi fighting force capable of taking the fight to ISIS; continue airstrikes and special operations missions against key ISIS targets in Iraq and Syria; significantly ramp up our humanitarian assistance; and work with our allies and others in the region toward a political solution to end the Syrian civil war. We also need to devote significantly more resources to countering violent extremism both at home and abroad, and preventing the ability of groups like ISIS to recruit young people online. None of this requires a large-scale expansion of American ground troops, which would further radicalize the conflict. Deploying American troops to Syria in the middle of a civil war inevitably risks drawing U.S. forces into direct combat with a proliferating number of armed groups and foreign militaries, a quagmire that could involve us for years to come. We cannot defeat ISIS without the commitment of the local forces and populations that live next to them, and we cannot win this fight for them. But we can and must lead the international coalition to defeat ISIS and change the conditions that led to their rise in the first place.
I believe America can simultaneously protect our country and help rescue others who have been legitimate victims of torture and terror. That's going to be my focus moving forward. As your U.S. Senator and a member of the Senate Foreign Relations Committee, I will keep your concerns in mind as I work with my Senate colleagues to ensure the safety of our country.
Thank you again for contacting me about this matter.  I appreciate hearing from you and assure you that I will always do my best to represent the views of my constituents in the Senate. In the future, please do not hesitate to call me in my Connecticut office at (860) 549-8463 or in my Washington office at (202) 224-4041.
Every Best Wish,