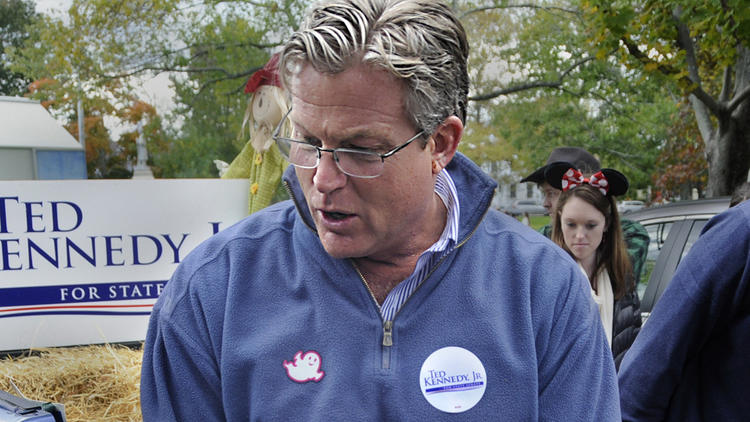 If you’ve read the headlines over the last few days, you might not have any idea what’s really going on in the country.

Democrats are well on their way to nominate Hillary Clinton in a primary coronation, but all they and the media want to talk about is Donald Trump, one of 12 candidates in the Republican field.  Liberals want to muddy the waters for our presidential candidates before we even nominate one.

So what’s the real news that Democrats are hiding from? Their own scandals.

How many days will pass until Connecticut Democrats and their friends in the media call out their hero Ted Kennedy Jr., an heir apparent for future elected office in the Democrat Party?  So far, the answer is at least 15 days.

Ted Kennedy Jr.'s* company Marwood Group, which he founded in 2002, was investigated for insider trading and ultimately paid a S.E.C. fine of $375,000.  Video on the investigation here.
Additionally, Kennedy's 2014 state senate campaign was widely criticized. He funneled hundreds of thousands of dollars through a loophole to the Connecticut Democratic Party.
All the while, the Connecticut Democrat Party is being investigated by the State Election Enforcement Committee for other illegal Get-Out-The-Vote expenditures on behalf of Dannel Malloy.

According to the Hartford Courant, "Ted Kennedy Jr. has violated the spirit if not the letter of Connecticut's once-heralded campaign finance reform act."

Democrat candidates and the Democrat Party are guilty of betraying the public trust.

That is the story that deserves to be on the front pages of our newspapers.  That is the truly sad state of the politics of our time.

*Senator Ted Kennedy Sr. was on the no-fly list.