Things about Daniel T. Drew that are quite Alarming! 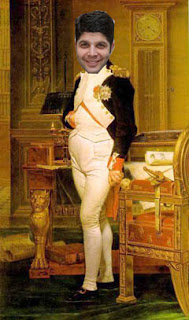 Things about Mayor Daniel T. Drew that are quite Alarming!

1)   Drew vs. Corrupt Sheriff-
In 2011 during Drew’s 2nd run for Mayor he began to speak publically about writing articles about a corrupt sheriff during his time as a reporter.  “Well, even though he was Democrat, I had to do the right thing and take him down, “ he told a group of Wesleyan students one night as reported by The Argus.   When asked numerous times the name of this corrupt sheriff the question was ignored.  Drew also failed to provide copies of the articles.

2)   Suing Dunkin Donuts- Our city’s mayor is so entitled that he is actually considering suing Dunkin Donuts for using the Mayor’s initials on their bags, cups and such.  “If the donut chain agrees to change their motto to ‘Middletown Runs on Drew’, then we will drop our lawsuit, “ said attorney and current Middletown corperate consul Daniel Ryan.
3)   D.C. Sniper—Google Dan Drew and the Washington D.C. Sniper.  Our mayor claims he was involved in the case and did a whole bunch of things.   I think he is confusing himself with another Dan Drew, the one who is a professor emeritus from Indiana University.     This is almost brilliant, find a guy that shares your name and use his credits so when someone does a quick GOOGLE search, boom it's there.      http://journalism.iupui.edu/faculty-staff/dan-drew/
4)   Award Time- In the past Dunkin Donuts or Dan Drew (not the Indiana University guy) has claimed he won a very prestigious award for journalism while in college.  He did?  According to the fact checker, the paper that Drew worked for won the award, but DD. himself did not win it. Click HERE to read the article & letter from the Newspaper that won the award!
5)   Saving Lives- A few years ago when the newly appointed Councilman Drew was heading to a Common Council Meeting at McDonough School there was a slight traffic hold up on Rome Ave due to an ambulance pickup.  Approximately 20 minutes later, the newly minted Councilman Drew arrived frantically into the meeting and said, “Sorry I’m late I had to help with the accident next door.”  Later on both EMS officials stated, “He said that? He was told to stay in his car and not get in the way.” 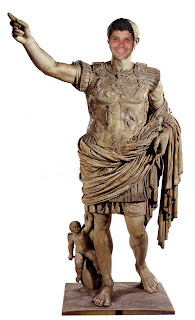 6)   Mayor v. Councilman- During the 2013 mayoral race, the Republicans did not run anyone against Drew for the executive seat.  With the exception of Realistic Balance candidate John Kilian, who due to 43rd party status did not have much of a chance,the mayor was set to win his second term.  Suddenly a flyer appeared around town that attacked Seb Giuiano who is NOT running for mayor but for council.  This may be the only time in modern Middletown politics that the executive branch commissioned a flyer against a former mayor not running for mayor.  Officially the Working Families party put out the brochure, but DD sends them a little extra PAC money here and there to keep them happy- not to mention they endorse 99% Democrat candidates year and year.
7)   Columbia Master’s Degree- Who paid for this Mayor Drew?  The Middletown Press should be asking these questions, but who are we kidding.  Did you use PAC money to fund your Columbia degree?  Are you attempting to get tuition reimbursement for it?  Tell us Mr. Honesty and anti-corrupt sheriff, who paid for the degree?
8)   Communion- Many parishioners at St. Sebastian’s church are not happy with the mayor, a non- practicing Catholic because of the fact that he received communion even after being warned of this sacrilege. Trust us on this one!
9)   No Taino for you!- The rumor around city hall was that in typical TS style, reps from the Mayor’s office warned city workers do avoid  Sandra Driska’s fundraiser last Friday night.
10)                  Lisa Santangelo- According to city hall sources, “Of course he brought back Lisa to work in the registrar of voters’ office, she will take the fall if there is any issues post –election. She paid the fine last time, so Drew knows he can use her again and again.”
11)                   Dan Drew appointed- Dan was special from the beginning, he was appointed to the common council by the legendary Paul Lynde impersonator Vinnie Lofreddo, who stepped down to give the boy king his shot.   That’s the real Democrat motto: Help us first and act like we help the people who we basically enslave economically.
12)                   Dan Drew v. Serra Family-   TS feels DD owes him because he made the boy king mayor, while the boy king feels he deserves to be mayor for life because he knows Malloy.  TS feels that DD did not go out of his way to get JS the town’s athletic director job and  showcased little power to get the other son separated from his drunk driving charges.
13)                   DD has no accountability The press never questions him and his politics.  The guy can fly to China on our dime and nothing in the paper; he gets a Master’s Degree on our dime- nothing in the paper.  Brings us back into litigation with the police chief he fired and nothing in the paper. He pisses off downtown business owners about parking and those owners complain to the Republican elected officials but are too scared to go the Drew.  Note to business owners: stop complaining-you wanted the boy king as leader.
14)                  PAC Money- He did not give his left over 2013-campaign money to charity. 85% of the money went to various Democratic organizations such as: Toni Harp, Malloy, Working Families, SPECTRE, etc.)  Be a man and give it all to a local charity! Where is Oddfellows with their hands out? Perhaps you can give it to the CHC Legal Defense fund or KidCity?
15)                   Inventor- According to Newsarama.com Dan Drew claims he invented the Marvel Comic super group The Avengers. “It just came to be at midnight one night while I was walking the dog in the rented house I live in before I flew to China on the town’s dime.”
16)                  Does not own property in the 06457 Zip Code- He doesn’t want to stay here folks!
17)                  LS vs. SHD- Gave Middletown Democratic Town Chairperson a few special tasks this time around. 1) Control the registrar 2) Push out Planning and Zoning Commissioner Steven Devoto and 3) Put the attack on the opposing numbers
18)                  Big fan of Nipsey Russell- Dan Drew is a huge fan of actor/singer/comedian Nipsey Russell star of the The Whiz and the classic game show $25,000 Pyramid.
19)                   F- Inland Wetlands- Still one Republican on a board that is 85% Democrat in town.  As this is written, Drew is using the town charter as a piece of toilet while he sits on his DeKoven Drive throne. “It’s good to be the king!”
20)                   Setting up a City Director-  Shhhh, we know all about!! Liar, liar pants on fire.  He doesn't work for the city anymore and has two first names like you.  Remember what the state's attorney?  You haven't done anything yet have you?


21)                   Against the Senior Center- Did not want the seniors to get what they deserve and then a few years later when the legislations voted to complete project properly, guess who is Mr. Pearly and Happy- Go Lucky?  Answer: Dan Drew, the man who invented Dial Soap.
By Middletown Insider - June 14, 2015