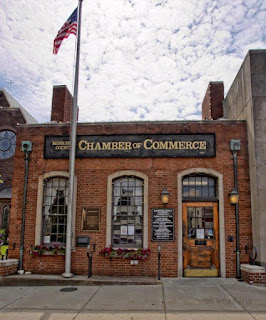 (Middletown, CT) Chairman Rick Morin of the Middlesex County Chamber of Commerce has announced the 2018 recipients of the chamber’s Distinguished Citizen Award.
Each year, the chamber presents this award to individuals who serve as an inspiration to others, and are recognized by the Middlesex community as unselfishly giving his or her time and talent to produce a lasting benefit to the area. The Distinguished Citizen Committee chose the recipients from a list of over 230 nominees.

Chamber President Larry McHugh noted, “Once again, our Distinguished Citizen Committee has chosen four outstanding individuals. They are committed to making Middlesex County a better place to work and live, and we are extremely proud of all of them.”

The 2018 Distinguished Citizen Award recipients will be honored at the Middlesex County Chamber of Commerce 2018 Annual Awards Dinner to be held on Wednesday, June 6, 2018 from 5:30 p.m. to 9 p.m. at the Red Lion Hotel in Cromwell. 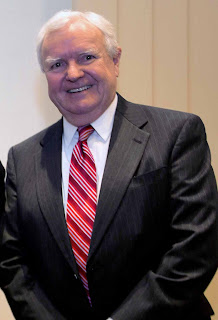 Steven J. Gorss is the owner of Incredible CVS, a real estate investing firm in West Hartford, Connecticut. He is the former owner and operator of the Super 8 Motel in Cromwell. Steven is a graduate of Utica College of Syracuse University and holds an MBA from the New York Institute of Technology. A Middlesex County Chamber of Commerce member since 1989, Steven serves on the board of the directors and the executive committee. He is a past chairman of the Middlesex County Chamber of Commerce, past chairman of its Strategic Planning Committee, and past chairman of the Cromwell division. He also served on Support the Troops and Honor the Veterans Committee, Legislative Committee and Nominating Committees.

Recognizing the Cromwell/ Middletown area was at the center of New England, Steve led a group with the three other hotels in Cromwell in a marketing effort titled "The Crossroads of New England". This highly successful program brought thousands of convention participants and dollars to the area. He is the founder and president of the North Meadows Merchants Association and a past chairman of the Connecticut River Valley Tourism District, as well as a member of the Connecticut Lodging Association, the National Eagle Scout Association, the Metro Hartford Chamber of Commerce, the Greater Hartford Convention and Visitors Bureau, and the Connecticut Business and Industry Association. Steve is a former member of the Governor's Small Business Advisory Council.

Steven is a corporator for Liberty Bank, a member of the Middlesex United Way's leadership circle, the Community Foundation of Middlesex County's President's Society and a St. Parish Claver Church parish council member, a National Eagle Scout Association Member and Connecticut River Boy Scouts of America member. In addition, Steven served as an assistant scoutmaster for the Boy Scouts of America for 18 years and has led his troop on treks to numerous interesting and scenic locations. Steven has received several awards and recognitions throughout the years including three from Super 8 Motels corporate including the Pride of Super 8 award, the Golden Pineapple Award and the Community Service Award. He received the Sam Walton Businessman of the Year award by the Walmart Corporation for his whole in bringing Walmart to Cromwell. He also received the Chairman's recognition friends of Scouting Award, Open Hearth Annual Award and 4000 Footer Award from the Appalachian Mountain Club.

Steven has contributed to dozens of charities throughout the years. He lives in West Hartford with his wife of 36 years, Patricia. He is the father of four adult children Stephanie Gorss, US Army Captain Jerry Gorss, US Air Force Captain John Gorss, and James Gorss. He is the proud grandfather of Patrick Gorss. 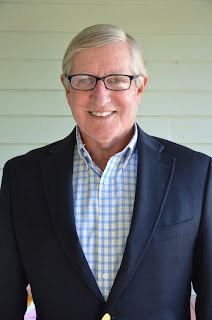 S. Carter Gowrie is the founder and CEO of Gowrie Group. Gowrie Group began in 1974 as a boutique boat & yacht insurance specialty brokerage. Over time, the company expanded into also providing insurance solutions for marinas, boat dealers, yacht clubs and other recreational marine entities. From there, Gowrie’s portfolio of insurance offerings expanded to include general commercial, home & auto, and equine insurance, as well as employee benefits solutions and safety services. Carter is also the architect of the highly successful “Burgee Program,” Gowrie’s specialty insurance program for sailing organizations and yacht clubs which is endorsed by US Sailing. Gowrie Group now provides expert advice, specialized service and customized insurance solutions to more than 14,000 clients nationwide. Gowrie Group is a Top CT Workplace for the seventh year running, and has more than 175 employees with primary offices in Westbrook CT, Darien CT, Newport RI, Marshfield MA and Annapolis MD.

A lifelong sailor, Carter has long been active in the marine and sailing community. He served on the board of the Essex Yacht Club, the Eastern Connecticut Sailing Association, and the Interclub Dinghy Class Association. He is past president of the J/35 Class Association and past commodore of the Frostbite Yacht Club. He has competed and earned success in numerous national and international sailing regattas. With a strong commitment to community, Carter began a successful yearly donation drive for the Shoreline Soup Kitchens & Pantries. Since Gowrie Group began this fundraising initiative for the Soup Kitchen in 2004, the challenge has raised nearly $1,500,000, which equates to providing over four million meals to those in need in the community.  Carter is also on the board of The Katharine Hepburn Cultural Arts Center in Old Saybrook, CT.

Carter earned his bachelor’s degree in English from Union College. He resides in Old Saybrook, Connecticut. He enjoys singing, playing guitar, racing sailboats, and spending time with his family and five children. 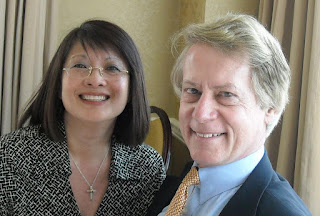 Joan Fung-Tomc & Richard Tomc
Joan Fung-Tomc graduated from UCLA and earned a Ph.D. from the University of Connecticut. She began her career as Chief of Microbiology at North Shore University Hospital in Manhasset, New York and then joined Bristol-Myers Squibb in Wallingford, Connecticut, where she worked for 31 years and participated in the discovery, development and registration of seven antibacterial and antiviral drugs. Joan has been active in various local non-profits, including the Friends of the Russell Library, St. Colman Church, Middletown Board of Health, and science education out-reach in the Meriden Public Schools. She serves on the Board of Trustees of Mercy High School and volunteers as a Medicare counselor with the Connecticut Agency on Aging.
Rich Tomc is a graduate of John Carroll University, Harvard Law School and Wesleyan University. After law school and military service, he joined the corporate law department of IBM Corporation in New York and later the Hartford law firm of Ribicoff & Kotkin. Rich relocated to Middletown in 1978 and formed a law firm where he practiced for over 31 years, and more recently joined the Middletown office of Updike, Kelly & Spellacy. He has served as Middletown Corporation Counsel and Town Attorney for Cromwell and East Hampton. Rich is a Liberty Bank Director and is active in various community organizations including the Community Foundation, Middlesex Hospital, Middletown Rotary Club, Northern Middlesex YMCA, Russell Library, Long Hill Estate Authority and St. Colman Church.

Joan and Rich live in Middletown. They have two daughters: Jamie Dalton is a credit analyst and lives in New York City with her husband, Rob, and Dana Dougherty serves with her husband, Brennan, as Coast Guard officers at the U.S. Coast Guard Academy in New London.
###
For more information on the 2018 Annual Awards Dinner, please contact Johanna Bond at Johanna@middlesexchamber.com or 860-347-6924.
By Middletown Insider - April 27, 2018