Is it too late to revive her?

(All photos not otherwise credited are those of the author.)

When I left Washington Court House in 1977, (along with a good number of classmates), the city was in decline.


Yes, there are now a couple of nice new subdivisions, but the city's decline, (and the county's) has continued, seemingly unabated.
In '76 or '77, the DJs at QFM 96 mocked us for being the VD capitol of the state.  What are we known for today? 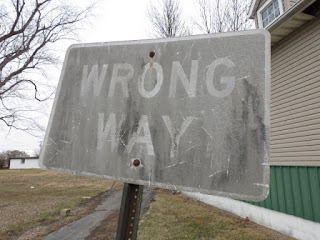 For starters, out of 88 counties in Ohio, Fayette County is ranked 78th in median family income.  Out of 247 cities, WCH is 209th.  This is according to Cleveland.com.
The WCH school system is ranked 513th (Miami Trace 249th), out of 608 school districts.  Evidently, expensive and fancy new school buildings don't guarantee a good education.
In the 2017 list of best counties to live in, Fayette County is third from the bottom, ahead of Morrow and Jackson Counties.  (niche.com)

Fayette County's healthcare outcome ranking is 76th out of 88.  The health factor rating is slightly better at 64th.  Out of a possible score of 100, Fayette County Memorial Hospital scores a 52, according to healthgrove.com.  Mediocre, at best.

NCR is gone, Armco is gone, at least two lumber mills are gone, the Record-Herald is now printed, elsewhere.  What once was a thriving downtown is now filled with with empty buildings.  Pennington Bakery and Orthmeyer's are gone.  Cudahays' (sp) is long gone, their lot vacant for decades.

Throughout the city abandoned buildings are found everywhere, including once-active grain elevators, warehouses and homes.  Their lots are being taken over by weeds and brush; some used as dumps.  Several of our most grand old Victorian homes were torn down; others are being allowed to deteriorate; these are among the things needing to be preserved; they give a city much of its charm and character.

Our county museum is in dire need of a facelift.  The Fayette County Fair Grounds is not at all attractive to passers-by.
Everywhere you look, there are empty homes, many in a state of deterioration.

Many city streets are a shambles.  South Main and South Fayette Streets have virtually no curbs.  According to a neighbor, they have been this way for the 27 years she has lived there.  There was a mulberry tree growing out of the sewer inlet at S. Main and Hickory St., until a neighbor cut it down when it was about three feet tall.


The city pool is gone!  I practically lived there, as a kid.  What on earth are our kids supposed to do in the summertime?  We have no movie theaters, not even a drive-in, much less a venue to host a play.  And we wonder why there is a drug problem. 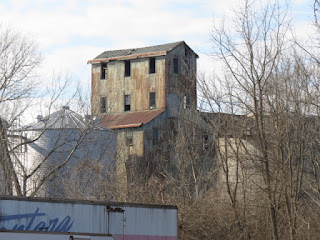 As it stands, Washington Court House and Fayette County are not attractive to major corporations.  Executives and other well educated people don't want to live in communities with little to offer in the way of art, culture, entertainment and educational opportunities and where quality healthcare is lacking. 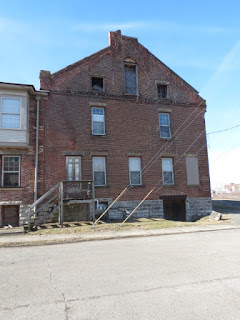 Is the situation hopeless?  Is Washington Court House destined to become a rural slum?  Not 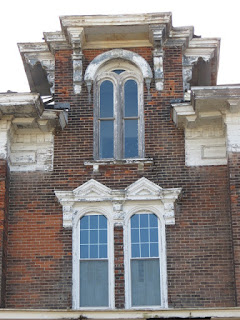 necessarily.  I look around town and see vast, untapped potential.  I see no reason this community cannot harness its natural resources and become not only a more desirable place to live, but a destination point.