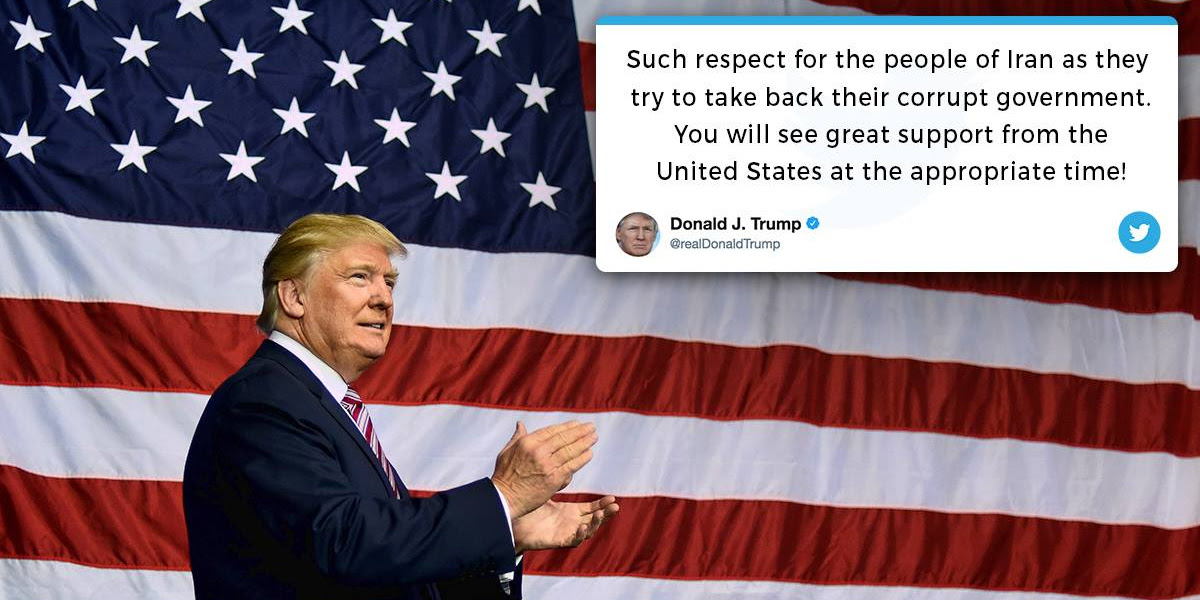 
COUNTERING THE LARGEST STATE-SPONSOR OF TERRORISM

It is rare when people trapped in a brutal dictatorship take to the streets in peaceful protest demanding food and freedom. Such is the case in Iran, where the regime and the Revolutionary Guard have moved to quash several days of protests and slaughtered numerous freedom-seekers. As the protests in Iran grew nationwide, some elites in America called on President Trump to “be quiet” rather than call out the Iranian Mullahs. As you can imagine, this President will be anything but quiet when he sees good people clamoring for liberty and freedom. President Trump has called for very tough sanctions against Iran and will do everything in his power to support peaceful protesters there, and also find new ways to counter the largest state-sponsor of terrorism in the world. We must not and we will not let the courageous men and women of Iran down in their pursuit of freedom.

A consistent theme in the Trump Presidency has been bold and fearless leadership. President Trump is projecting that leadership to the world, showing that the United States will no longer bow to ungrateful nations who gladly take our foreign aid, but then disappoint and deceive us on major priorities, such as Pakistan failing to help us hunt terrorists. Nor will we allow the United Nations to squander our money while disrespecting and attacking us and our allies. The President is also fearlessly confronting dictators such as Kim Jong Un of North Korea, who President Trump has warned must be denuclearized, and Iran, whose support for terrorism and tyrannical treatment of its people must be stopped. As in 2017, President Trump will pursue his America First agenda to restore prosperity and security for all of the American people throughout 2018, through bold and fearless leadership.

Paid for by Donald J. Trump for President, Inc.
By Middletown Insider - January 07, 2018