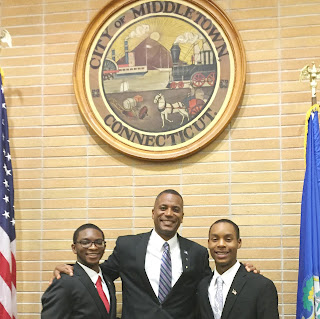 Ford is a psychology major at Central Connecticut State University.

Brown is a business major at Southern Connecticut State University.

Ford and Brown, both Republicans, are 20-years-old.

Logan congratulated Ford and Brown and said he hoped that their success will inspire other young people to get involved in their communities.

*Logan (www.SenatorGeorgeLogan.com) represents Ansonia, Beacon Falls, Bethany, Derby, Hamden, Naugatuck and Woodbridge. He can be reached at George.Logan@cga.ct.gov and 800-842-1421.
By Middletown Insider - December 08, 2017