Roots in Ripon - What a Week! 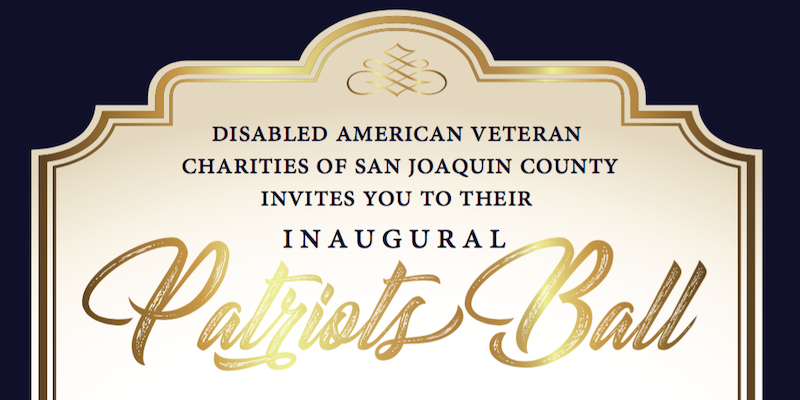 The past week and a half have been quite hectic, to say the least. It seems to always work out this way every year in early November.

First on the docket was the Inaugural Patriot’s Ball, which was hosted by the Disabled American Veterans Charities of San Joaquin County. For the past number of years, I have been a board member for this organization that exists to help veterans who find themselves in need. Ours is a local organization established in 1972.

The Patriot’s Ball was held on Friday evening of November 3, at the University of the Pacific in Stockton, and was a delightful evening. I wore my Navy “mess dress” accompanied by my wife in an evening gown who always looks stunning. I was asked to offer the Invocation for our Ball, and also a special prayer for a Gold Star family.

Next up was the Annual Show of the Golden Valley Chorus, Saturday evening, November 4, at the Turlock Community Theater. This is a chorus I joined at its inception in 1997. The theme of our show this year was “A Tribute to the USO.” We had a great audience and the guest quartet we had was fantastic! “Newfangled Four” formed just a few years ago, and were soon crowned the Barbershop Harmony Society’s (BHS) “International Collegiate Quartet Champions in 2013”. These four young barbershop singers are sensational! They brought the house down. Our hobby is in good hands with these young guys! Check them out on You Tube.

Then on Tuesday, November 7 I was asked by Supervisor Chuck Winn to attend the meeting of the San Joaquin County Supervisors in Stockton where they annually honor veterans. The chambers were filled with veterans from throughout the county. This time I was asked to offer the Benediction for this special tribute to veterans.


Last year my granddaughter Alyssa was in third grade. Her teacher, Mrs. Thomason, asked me then if I would come and speak to the class about the meaning and purpose of Veterans Day. This year, she invited me back to speak to her third-grade class. Since she is friends with Alyssa’s fourth grade teacher, Mrs. Stevens, I was asked to speak to this class as well. Another teacher, Miss Rigg, heard of this, and also asked me to speak about Veterans Day to her third graders. That was on successive days, November 8 & 9.

On Friday, November 10, I spent the day celebrating the 242nd Birthday of the United States Marine Corps (November 10, 1775, Tun Tavern, Philadelphia). I was decked out in my mess dress uniform again for this next occasion, which was the annual Marine Corps Birthday Luncheon at the Sutter Club in Sacramento, located a couple of blocks from the state capitol. I ran into a good friend, Dave Fisher, at the luncheon. We served together after I returned from Vietnam.

Once back in Ripon that afternoon, I met up with my friend, Rick Van Unen, a former Marine (Recon, Vietnam), and a friend of his who was a retired Marine colonel. We sat and visited for about an hour, sharing Marine stories, most of which were true. Rick always hosts a Marine Corps Birthday gathering at his home on November 10th. However, I was committed to attending the Marine Corps Birthday Ball, hosted by the Stockton Marine Corps Club at the Hilton in Stockton.

Isaura and I once again, put on our evening formal wear, joined by our friends, Elwood & Patricia Cooper, and it was off to the Ball. Elwood served in the Army’s 101st Airborne in the late 1950s. I have told Elwood in the past that every person who has served in another military outfit other than the Marine Corps, needs to attend a Marine Corps Birthday Ball. The pomp and ceremony is like nothing else. It is an evening not to be forgotten. And again, I was privileged to be asked to offer the Invocation. And the ladies love to dress up!

On Saturday, November 11, the Ripon American Legion Post 190, in conjunction with the Ripon Veterans of Foreign Wars Post 1051, hosted a Veterans Day event at the Ripon Veterans Wall. They asked me to speak about the POW/MIA issue that still haunts us to this day. Did you know that from World War Two to today there are more than 83,000 men and women still listed as POW/MIA (Prisoner of War, Missing in Action) unaccounted for? Even with the advances in detection through DNA only about seventy of our missing are identified each year.

At this event, a small table and an empty chair was set up with a number of articles on display. This has become a sacred event in many military social events, reminding all present that our POW/MIAs are not with us. I asked if this was going to be explained to the crowd that attends this annual event in Ripon. They asked me if I would be willing to do it. So, I worked with my nine-year-old granddaughter Alyssa, and had her ask me questions about this empty chair and all the articles associated with it: white table cloth, lighted candle, Bible, inverted wine glass, red ribbon, red rose in a vase, American flag, salt sprinkled on the plate, and a slice of lemon. My daughter, Laura, recorded it on her phone. You can see it on my FaceBook page,

Finally, that evening, the Golden Valley Chorus (GVC) sang at the “Better Together” annual event at the Mormon Church in Modesto. Musical groups from churches and schools each perform a couple of numbers. People “pay” for the performance by bringing non-perishable food which will be distributed to those organizations in our area who feed the hungry. The GVC finished by singing the Armed Forces Medley. Since this was Veterans Day, we asked anyone who had ever served in the military to stand when they heard their service song. We do this every year, and it’s always a crowd favorite.