Red Notes From a Blue State - The Reformers Club, A Satire 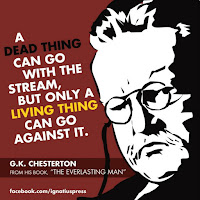 Overheard in the MidRoad Diner during a meeting of the Reformers Club
The difference between God and Governor Malloy --“God is less concerned than [Daniel] Malloy when people question Him.”
Those early body-building pics of Republican House leader Themis Klarides circulating in the desk drawers of oppo-researchers -- “I’m still waiting for one of Connecticut’s opinionators to write, maybe in a column, that Klarides can easily bench-press many of her political opponents. She likes sports, contact sports too. Otherwise, why would she have gotten involved in politics?”
Malloy and Joe Aresimowicz [Speaker of the Democratic Party hegemon in the State House] – “… worms in the apple of reform.”
Connecticut’s millionaires
A: “It may be the first time in a decade that there are no millionaires running for high office in Connecticut. Couple of felons in Bridgeport though, not that there’s anything wrong with that.
B: “Some of the millionaires have left and moved back to New York. Can you believe it? Andrew Cuomo’s New York, Bill de Blasio’s New York. By the way, what’s with the Frenchification of the Italian name?
A: “He took his mother’s maiden name in 2002. His father, Warren Wilhelm, had a problem with alcoholism and left the family when Bill was seven. So he waited, let’s see, 31 years to change his name. Better late than never I guess. There are plenty of Italians in New York, and if you’re running for office… But, interesting you should mention millionaires. Two of the seven members of Connecticut’s U.S. Congressional Delegation are millionaires many times over. [Dick] Blumenthal made his millions the old fashion way – through marriage. (Rosa) DeLauro too. No Frenchification there; she caps the “D”.
St. Murphy -- “Don’t know what it is – his face or his policies, but [U.S. Senator Chris] Murphy just looks like the spoiled brat who stole the keys to his father’s Alfa Romeo and crashed it into a tree. Millennial progressive face swollen with righteous indignation,  right?
The media in Connecticut -- “… no George Orwells in attendance.”
Trump – “a pimple on the (expletive deleted) of progressivism.”
Republican optimism – “This is not the end of the road for Connecticut. It is only the beginning of the end of the road.”

To read the rest of Don's commentary, visit his web site.
By Middletown Insider - November 21, 2017