Behind Your Back - Dodd-Frank Killed

The House just passed a scandalous bill rolling back the rules created to protect America from Wall Street after the 2008 financial crisis.

This is monumental – but it got buried by the media. Now, the political establishment is counting on us being too distracted to speak out against this ploy to pad the pockets of their buddies at the big banks.

We made a video to help get the word out about this outrageous move that puts taxpayers back on the hook for bailing out banks. Will you share it with your networks? 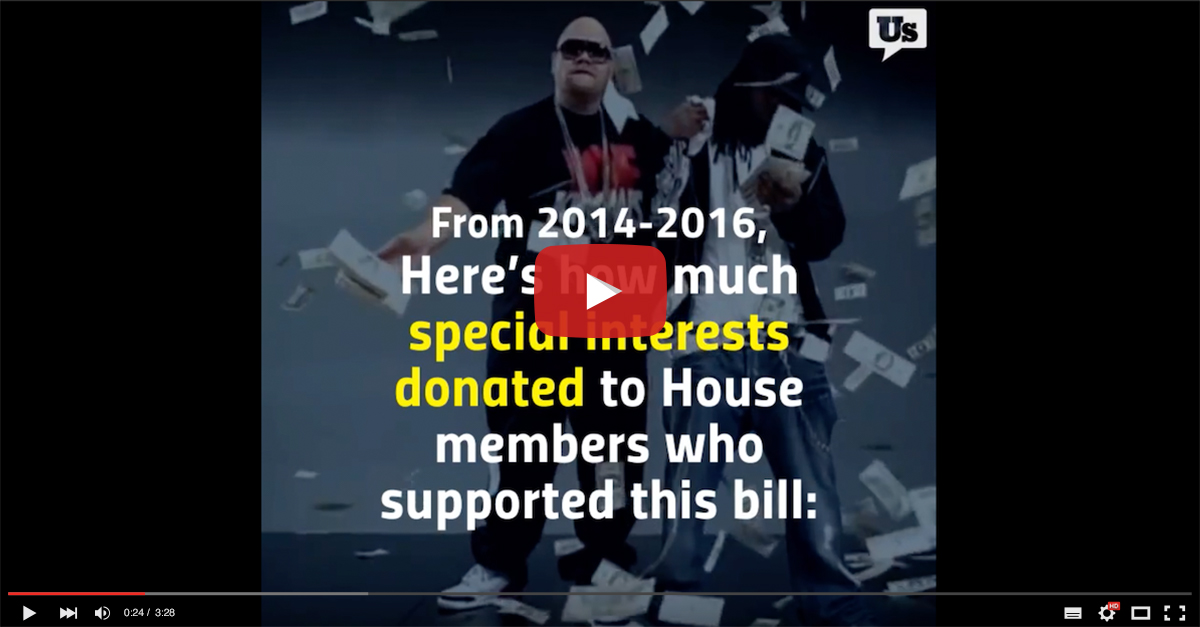 The Dodd-Frank Act was passed to protect Americans from another financial crisis like the one we saw in 2008. Thousands of Americans lost their homes, jobs, and health care, all while footing the bill to bail out banks because they were "too big to fail."

But big banks don't care about our country – they just want more of our money. They'll do anything. Even rewrite our laws in their favor. So they're trying to gut Dodd-Frank. Banking interests gave politicians who voted for this more than $25 million over the last 2 years.1
This is an outrage.

Share this video now to make sure people across America know that Congress is putting taxpayers back on the hook for bailing out big banks.

Nadine, we have a big problem. Every day we're overwhelmed with sensational news stories about the President's latest tweet, Russian interference in the election… you name it. While America's eyes are turned elsewhere, politicians are doing massive favors for the special interests who got them elected, and we're paying for it.

Attempting to gut the Dodd-Frank Act is just the latest assault on the American public in the name of special interests. We won't let these stories get buried. We'll continue to keep you informed of the corruption stories special interests want flying below the radar.

Thank you for shining a light on this story.