BREAKING! - US Withdraws From Paris Climate Accord 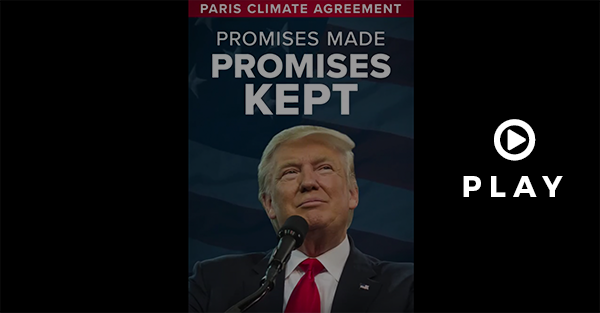 The United States is officially withdrawing from the Paris Climate Deal.

It was a terrible deal that crushed hardworking Americans and handed over control of our country’s future to global power brokers.

Now those very same special interests -- the fake news media, Hollywood, lobbyists, and the entire corrupt establishment -- are attacking us from all fronts.

I need you to defend our decision to put America First and stand up to the vicious attacks coming our way.
Thanks,