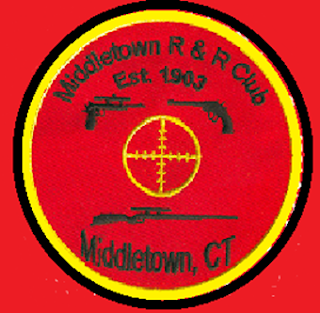 All donations will be used for re-siding the range building.


From Rte. 9 north or south get off the Washington Rte. 66 exit go to the first traffic light and make a left on to main St. the Police Dept. (222 Main St). is on the left side of the St. next to that is First & Last Tavern in between Court St. and Dingwall Dr.

Parking:
There is parking spots up and down main St. to park, also two Bank of America lots opposite the Police station, or, the public lot behind the police station accessed by way of Court St.

Check your email for cancellation

Coffee and Water will be available.

Mr. Lyons graduated from St. Anselm’s College in 1980 with a Bachelor of Science
degree in criminal justice. In 1981 he was hired by the Hartford Police Department and worked
in a variety of capacities, including the Street Crime Unit, and as a detective was assigned to the
Vice and Narcotics Unit.
In November of 1990, Mr. Lyons was promoted to the rank of sergeant, and had a
number of supervisory duties, including serving as a supervisor and division commander of the
Police Intelligence Division. In his supervisory capacity, Mr. Lyons responded to a multitude of
crime scenes involving homicides and assaults that were the result of firearms. As a member of
the Hartford Police Department, Mr. Lyons was involved in the arrest of almost 5,000 suspects
and supervised the arrest of many more.
From 2001 to the present, Mr. Lyons has been involved in college and university law
enforcement, first as the Associate Director of Public Safety at Trinity College, and more
recently as a lieutenant at the University of Hartford Public Safety Department. In addition, Mr.
Lyons is an Adjunct Professor of Sociology at the University of Hartford and teaches a spring
semester class on street gangs.
In June of2010 Mr. Lyons was hired by Fox News to host a segment about unsolved
homicides in Connecticut. In reviewing these cases, he has developed a working relationship
with numerous police departments and the detectives from those departments that worked the
unsolved cases. This work for Fox News also entails visiting crime scenes and examining the
evidence that was collected during the criminal investigations.
In short, Mr. Lyons brings years of experience in law enforcement, including and
extensive knowledge of crime scene investigation, homicide, assaults and firearms. His
expertise is an integral part of ProActive’s team of experts.
By Middletown Insider - May 22, 2017