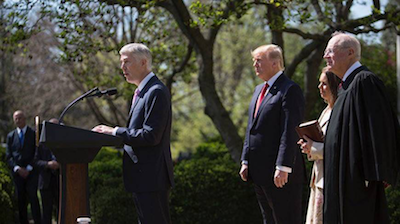 Swearing In A Strong Defender Of The Constitution 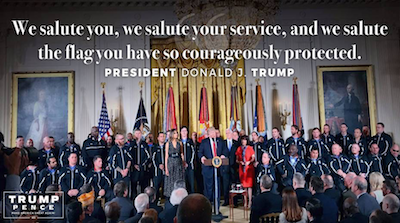 Working With Business Leaders To Grow The Economy

President Trump gathered with a group of world-class business leaders this week at the White House to discuss the creation of great, high-paying jobs for American workers. Since the President took office, over 600,000 jobs already been created. This week, Toyota announced that it will invest more than $1.3 billion into its Georgetown, Kentucky plant that will result many more jobs in the future. 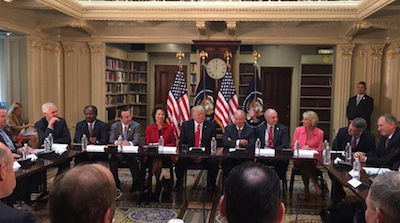 Working With NATO To Focus On The Challenges Of The Future

President Trump welcomed NATO Secretary General Stoltenberg to the White House this week. NATO allies defeated communism and liberated captive nations during the Cold War. They have secured the longest period of unbroken peace that Europe has ever known. This enduring partnership is rooted in many different things, but our nations' security is the priority, as is our common devotion to human dignity and freedom. In the coming months and years, President Trump will work closely with all of our NATO allies to enhance this partnership and to adapt to the challenges of the future. This includes upgrading NATO to focus on today’s most pressing security issues including migration and terrorism. 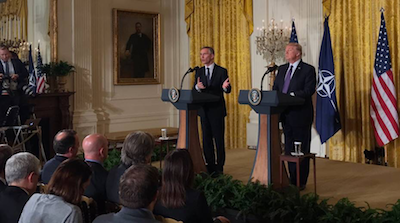 Celebrate Spring in style in these limited edition hats while showing your friends and family that you’re on the Trump Train. This is a limited one-time run of Spring edition Make America Great Again Hats – get yours before it’s too late by clicking here. 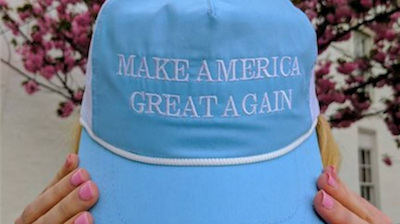 For too long, we've punished production in America and rewarded companies for leaving our country — it’s time to reverse that.

The President is also simultaneously working to modernize our economy and harness the full potential of women in the workforce. Economic confidence is sweeping the nation.


Paid for by Donald J. Trump for President, Inc.