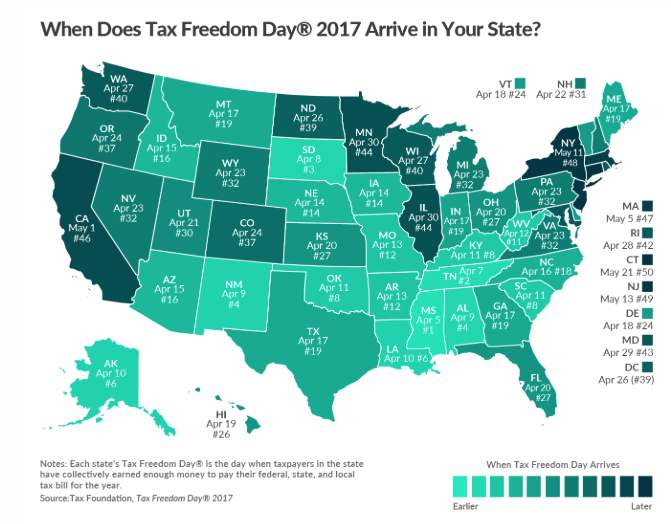 Connecticut Residents Still Have the Heaviest Tax
Burden in the United States... and it's Getting Worse.

According to the Tax Foundation, a non-partisan tax research group, Connecticut continues to have the latest “Tax Freedom Day” of any state in the nation. Tax Freedom Day is the day each year when the average citizen has made enough money to pay their combined local, state and federal tax bills.

With the highest tax burden per capita of any state in the nation, it’s no wonder our Tax Freedom Day comes later than any other state: May 21. We don't under-tax, we over-spend!

Incredibly, there are still those who believe Connecticut residents are not paying enough in taxes, and think YOU should be paying even more.

As a result of our state government's insatiable appetite for spending, the state budget is perpetually in crisis, with a $3,700,000,000.00 deficit projected for the upcoming budget cycle.

Until we stop spending so much money, create a stable tax and regulatory landscape and stop passing legislation that fuels Connecticut’s anti-business climate, our state will continue to suffer from a lagging economy and shrinking workforce.

I will continue to work hard this session to convince the Democrats that raising taxes on the people and businesses of this state will not lift us out of this fiscal crisis. We need to cut unnecessary government spending and oppressive regulations to retain and attract business and grow jobs.