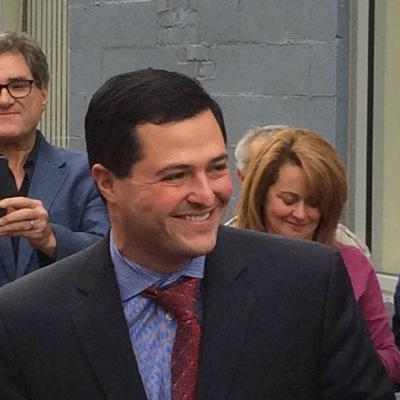 On Friday the 24th, Herbst testified in Hartford in support of HB 5691: An Act Eliminating Reimbursements to State Employees for Mileage from the Calculation of Retirement Income.

Thank you to the members of this committee and especially Representative Ferraro for introducing this legislation and bringing attention to this issue.  This legislation sends the right message to Connecticut taxpayers in this time of perpetual fiscal crisis.


I have followed the issue of state legislators using mileage reimbursement to pad their pensions since I received a tip from a civil servant in this building.  That tip was later vindicated by a Freedom of Information Act request that I made in January.  That FOIA request revealed that one state senator alone filed over $110,000 in mileage reimbursement claims over a 10-year period.  This large amount of income padded this legislator’s pension.

A later analysis by the Yankee Institute found this practice of legislators padding their pensions is widespread, with many legislators abusing this practice to boost their pension calculation.  This sends a profoundly offensive message to struggling Connecticut families and workers, asked again and again by this body to sacrifice more.

Despite Connecticut's embarrassing distinction as the state with the second most underfunded pension system in the nation, the very people we have entrusted to make financial decisions on behalf of our state are among the most chronic abusers of a dysfunctional system.

The hard earned money of our taxpayers is guaranteeing that the Hartford insiders keep business as usual running in Hartford with a part time citizen legislature being the beneficiaries of a perk not available to anyone in the private sector.  Most Connecticut residents aren’t paid to drive to work and I can assure you, nobody can count their mileage toward their retirement income.  This is something that only happens here under the Glittering Gold Dome in Hartford. Only in Hartford do special sleights of hand mean insiders can fluff their nest while the rest of the state is asked to tighten their belts.

A recent analysis found the average commute for Connecticut residents amounts to over four hours per week.  Many more residents, particularly in Fairfield County, spend even more time just getting to work.  These people who spend hours every day in the car do so to barely make ends meet.  These are the people who pay property taxes on their cars and their homes, who have been repeatedly hammered by the tax hiking, job crushing agenda of the last six years.

Everywhere I go and everyone I talk to, the people of Connecticut are sick and tired the superiority complex that is pervasive in this building.

In order to change the downward trajectory of our state's job creation and fiscal stability legislators should pass this important measure into law -- this is not about the dollar amount it will save the state pension fund -- this is about changing the culture of entitlement that is too pervasive among insiders here in Hartford. Passing this measure will be a positive first step in showing struggling Connecticut families legislators are prepared to get serious about making the hard calls to restore the promise of Connecticut.
Thank you for the opportunity to testify on this matter today.