Senators Meet with President to Discuss "RAISE" and Immigration 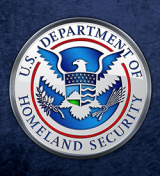 This Issue: Sens. Cotton and Perdue meet with Pres. Trump to discuss RAISE and immigration reductions

Fri, Mar 10th
Sens. Tom Cotton and David Perdue's RAISE Act received the unofficial endorsement of a key ally this week -- Pres. Trump.
Cotton and Perdue visited the White House on Tuesday and told reporters after their meeting with Pres. Trump that he was well-aware of their effort to cut legal immigration by at least 40% by eliminating Chain Migration and the Visa Lottery.
White House Spokesman Sean Spicer mentioned the meeting during his Wednesday briefing, saying that Pres. Trump has a "natural desire to have a full comprehensive look at [legal immigration]." Trump called on Congress to move current immigration policy away from a system that heavily favors family connections to a merit-based system that would protect American workers and their wages during his joint address last month.
This is a hopeful sign!


It's been two decades since the bipartisan Jordan Commission recommended reducing legal immigration by ending both Chain Migration and the Visa Lottery. The joint congressional and presidential commission also recommended capping refugee admissions at 50,000 -- another key provision of the RAISE Act. But the current effort by Cotton and Perdue is the first time in 20 years that legislation has been introduced in the Senate addressing all the legal immigration recommendations of the Commission.
During Tuesday's meeting, Pres. Trump asked Sens. Cotton and Perdue to take a lead role in re-examining the entire immigration system.
"We're moving toward -- in coordination with the White House and the Senate and the House -- conversations about how to deal with the pieces of immigration that have been waiting to be fixed for over 30 years. One of those is legal immigration, both family-oriented and employment-based immigration," Sen. Perdue told Poltico.
GOP HEALTHCARE BILL CLEARS COMMITTEE HURDLES
The GOP healthcare reform bill cleared two House Committees on Thursday, moving it closer to vote on the House floor.
In its current form, the American Healthcare Act does not strengthen the existing identity verification procedures to prevent illegal aliens from receiving taxpayer benefits under the plan.
Tens of thousands of you have already sent free messages to Congress asking for a system to verify the identity and immigration status of applicants for benefits. If you haven't sent the message yet, click on the red button below.