This is the fifty fifth in a series of letters written to and from someone currently in the custody of the Connecticut Department of Correction.  Three times per week, Mon., Wed., and Friday, one letter will be published until we catch up to the present day, at which time letters will be published as they are received.

In this issue, our pen pal talks about "going ape", family cook out, depression, his mother's dementia, his father's cancer, the upcoming primary and the candidates. 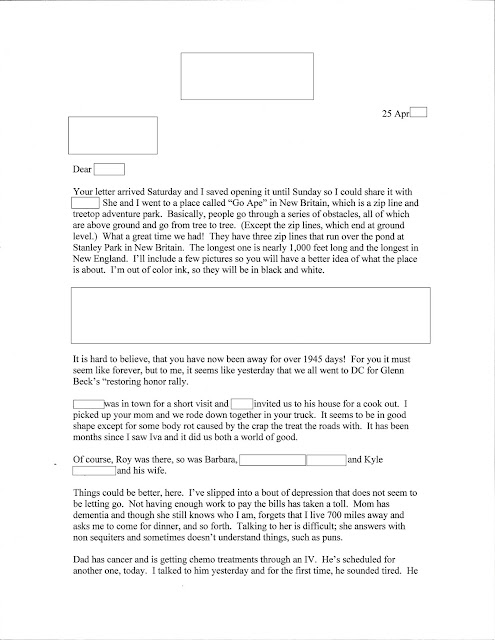 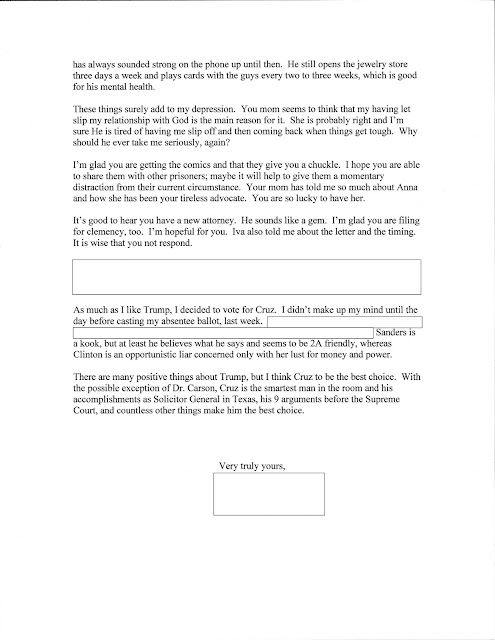 To access this entire series, use the search field at the top of the page. Enter exactly; "FROM BEHIND BARS" - A Series, then click. Then, choose "sort by date".
By Middletown Insider - July 22, 2016