This is number fifty in a series of letters written by someone currently in the custody of the Connecticut Department of Correction.  Three times per week, Mon., Wed., and Friday, one letter will be published until we catch up to the present day.

In this issue, our correspondent talks about his mother's involvement with Wreaths Across America,, how he enjoyed traveling across northern New England and missing being on the road, how the new facility he is in has it's pluses except for the numerous shakedowns, the difficulties in getting a new mattress even though the Americans with Disabilities Act entitles him to one because of his degenerative spine disorder, the cuts in medical staff because of the state budget, end times prophesy, etc.

Most of us likely don't know anyone who is incarcerated; much less do we correspond with
someone who is. These letters are being submitted anonymously. They have been, and will be, redacted to protect the privacy of the writer and the writer's family and friends. 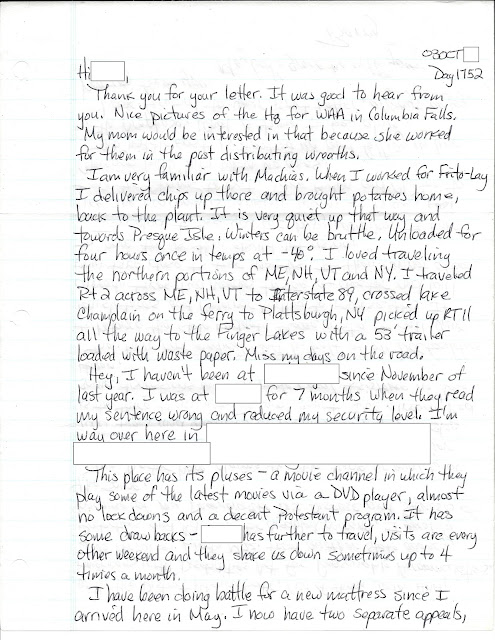 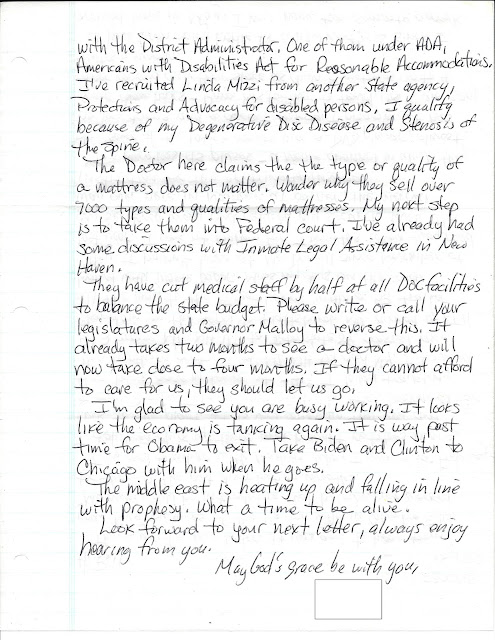 To access this entire series, use the search field at the top of the page. Enter exactly; "FROM BEHIND BARS" - A Series, then click. Then, choose "sort by date".
By Middletown Insider - July 11, 2016