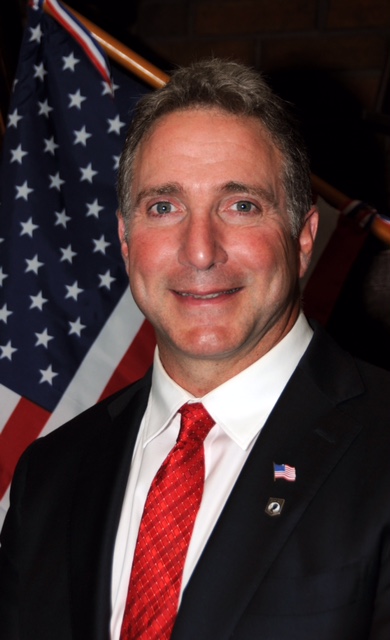 "John Larson and the entire Connecticut delegation want to make this election about a single issue - Gun violence. John Larson's lack of leadership and poor communication skills recently led to a 60’s style sit-in on the House floor - which must have brought back fond memories for a man who was fortunate enough not to have served in Vietnam, but let down those who served in his place by voting against the Veterans Accountability Act. Let’s see how much of the funds his party raised with this publicity stunt will be donated to the victims of the Orlando tragedy.

John Larson said people were sharing stories about gun violence in their districts. I wonder if he shared all the stories of Hartford, which had the highest murder rate in New England in 2015? I am also curious about whether our representative from New Haven shared her stories on how violent New Haven has become.


The crime rate in Larson's district should be an issue in this election, not just gun violence. So should his failed economic policies that are leading to joblessness and lack of opportunity. If John Larson wanted to sit somewhere maybe he should have chosen Albany Avenue and Vine Street or Park Street and Broad Street in the City of Hartford. Unfortunately, he only shows up in those places with an entourage just prior to an election.

You don’t have to look far to see the despair and lack of opportunity the inner cities face. When you have over 1,000 people lining up for 300 jobs at a ballpark that only pays a meager $9 an hour, there is something fundamentally wrong with the policies John Larson embraces. The closer you get to John Larson and the district he represents, the higher the unemployment rate gets. But he will tout his 13-page tax break bill for the North End of Hartford - only the North End, nowhere else.

The only time John Larson spends time in our district is when he is looking for a vote. He wants the inner city community to owe him a vote, yet he's not working on their behalf in Washington. That’s how career politicians operate. If he embraces a conservative tax break for businesses shouldn’t it be good for the South End of Hartford and the West End, too. How about a tax break for the entire country?

Instead of creating opportunities for small businesses to help them create jobs for our residents struggling from paycheck to paycheck, John Larson is hoping to make this a one issue campaign on guns. This is because it's easier to stir people’s emotions than to address the real issues our state and country face.

Republicans are offering legislative solutions, not partisan politics.  Republicans wrote bills and got broad-based support for them from Republicans as well as many Democrats. Republican bills have been stronger than the ones the Democrats have pushed so hard for that they stopped the People’s business from being conducted on the House floor.

Once again, we witnessed partisan politics from career politicians looking to score political points in an election year. The difference in the gun legislation John Larson wants to pass, as opposed to the legislation I and my fellow Republicans are offering to pass in the face of his obstructionism, is that he wants to take away our citizen’s right to due process. The Republican comprise would put the burden of proof on the government. This means anyone on the Terrorist Watch List and the No Fly List will be investigated for 72 hours before they can purchase a firearm. But the Democrats don’t like that plan. What can one expect from John Larson and his friends up on Capitol Hill? They would rather pass laws that cannot truly be enforced."

Matthew M. Corey was born and raised in Manchester, CT, where he continues to reside today. He graduated from Manchester High School in 1982 and immediately following graduation, enlisted in the U.S. Navy. Corey was deployed to Beirut in 1983 and served until 1987. Upon completion of his military service, he worked for the U.S. Postal Service and then, a member of the Teamster Union, as a truck driver for the Roadway Corporation. In 1990, Corey launched a high-rise window cleaning company, Advanced Services International, and in 2002 opened McKinnon's Irish Pub in Hartford, CT.

To find out more information about Matthew Corey, upcoming events, and ways to get involved in the campaign, please visit www.coreyforcongress.org.