This is the twenty-eighth in a series of letters written by someone currently in the custody of the Connecticut Department of Correction.

In this issue, our correspondent talks about Weight Watchers, going to the gym, wishing his pen pall luck in a new job, the changing dynamics of aging parents, a brief to be filed by his attorney and watching movies.

There are more than 50 letters going back for a number of years. Three times per week, Mon., Wed., and Friday, one will be published until we catch up to the present day.

Those following this series will observe that they started out rather "slow" and that as time went by, they became more and more personal, revealing the emotional and physical distresses faced by those committed to Connecticut's prisons. These distresses are not confined (no pun intended) to just the prisoner, but extend to the prisoner's family and friends. And we pay for it.

After examining the trial transcripts and speaking extensively to others who have first hand and intimate knowledge of the matter, I am of the opinion that this person is innocent of the crime for which he was convicted, his council being incompetent and ineffective.  Please keep an open mind and take the letters at face value. 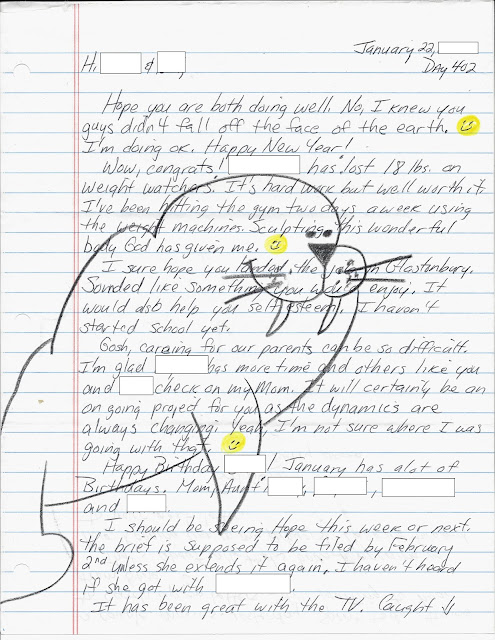 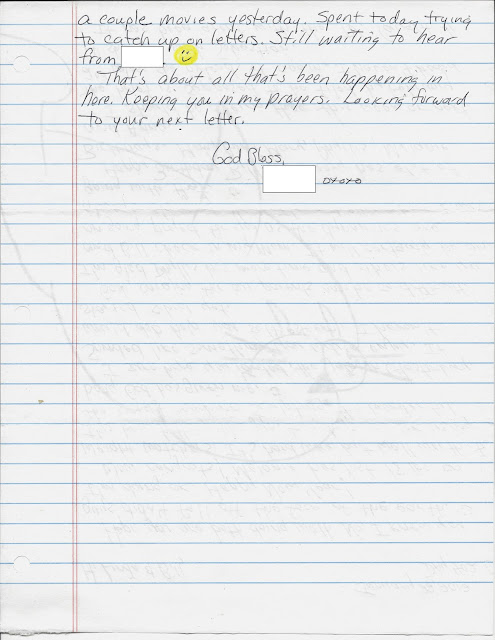 To access this entire series, use the search field at the top of the page. Enter exactly; "FROM BEHIND BARS" - A Series, then click. Then, choose "sort by date".
By Middletown Insider - May 20, 2016