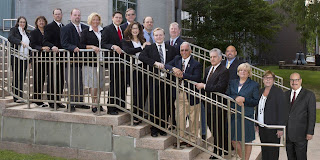 Press Release Letter to the Editor: 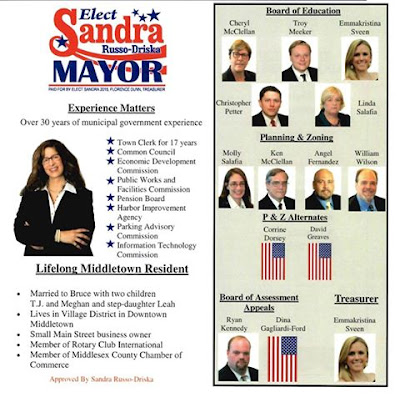 Former Two-Term Democrat Announces Enthusiastic Support For “People’s Candidate”
Middletown CT, October 26, 2015:
Michael J, Cubeta Jr., Mayor of Middletown from 1979 to 1983, today endorsed the candidacy of Sandra Russo Driska for Mayor in the upcoming 2015 municipal election: “As a life-long Democrat, I am pleased to join the growing ranks of fellow Democrats along with Republicans and unaffiliated voters who will be supporting Sandra for Mayor. This year’s election is not about Republicans or Democrats. It is about who is best qualified to lead, who can best represent all of our citizens, irrespective of party affiliation, and who is best suited, as Mayor, to bring Democrats and Republicans together in a spirit of true bipartisanship to work on common sense solutions to the problems facing our community. I am confident that Sandra Russo-Driska is the clear and compelling choice.”

Cubeta continued, “I have known Sandra nearly all of her life, and I am particularly pleased that her interest in local government began during my Administration, when as a high school student she was employed as a summer intern in the Town Clerk’s office. I followed with pride and admiration her development over the years, as she rose to the position of Assistant Town Clerk and finally to Town Clerk.  During a long and distinguished public career, Sandra exhibited not only exceptional leadership and management skills but a strong service ethic as well as the demonstrated ability to work with Mayors and other City leaders on both sides of the political aisle.  As a Councilwoman for the past two years, she has put these skills to good use, drawing on her long experience and extensive knowledge of Middletown’s government.  During this time, Sandra also founded a popular new Main Street business, Sandra James Boutique, adding private sector entrepreneurial experience to her extensive public resume.”

“Anyone who knows Sandra cannot help but be impressed with her enthusiasm, her determination, her contagious optimism, her genuineness, and her boundless energy. As a lifelong resident of our City, Sandra knows Middletown, our neighborhoods, and our residents.  She has a strong sense of community and a passionate commitment to improve the quality of life for all of our citizens. I have no doubt that Sandra will be a highly effective Mayor and most important, that she will place people above politics, as she always has. Moreover, I am impressed that Sandra has campaigned for the City’s highest elective office the way she will govern, by assembling diverse grassroots support from the Middletown community and by attracting strong financial support from family, friends, and neighbors. Sandra’s message has been clear and straightforward, that she will put people first, not politics- a welcome change indeed.”

“The incumbent Mayor, in my judgment, has disappointed and has failed to demonstrate, on several counts, that he merits re-election.  He has alienated a large segment of the local Democratic Party, having purged veteran Councilwoman Hope Kasper from the Democratic ticket and has isolated himself from long-time Democratic Council Majority Leader and former Mayor Tom Serra. As a relative newcomer to our community, he often appears disconnected to Middletown, with a misplaced sense of priorities. As Mayor of Middletown, his first priority should be to our community; however, he frequently appears more interested in demonstrating his allegiance to his political mentor, Dan Malloy and traveling the state cultivating his own political ambitions. For example, when the Governor earlier this year announced deep and damaging budget cuts in state aid to community hospitals, rather than speak up for Middlesex Hospital and for the patient community it serves, Dan Drew remained silent and chose instead to toe the party line.”

“I am also deeply troubled by the frequent contradictions between this Mayor’s words and his deeds, and in many cases, between the political hype and the truth. For example, Dan boasts of his strong grassroots support in the Middletown community. Yet, he has chosen to bankroll his re-election campaign with more than $100,000 in large donations from other politicians, lobbyists, PAC’s, City and State contractors and vendors, and politically-connected big-City law firms. In fact, only 1 in 4 contributors to his campaign have been residents of Middletown, a troubling and telling statistic indeed. I, for one, am deeply offended at this heavy-handed attempt by outside influences, with no stake in our City’s future, to attempt to hijack this election by funneling thousands into Drew’s campaign.”

“And while Sandra has chosen to campaign person-to-person, ‘the old-fashioned way,’ without the need for professional political handlers, Drew has instead opted to hire a high-priced political consultant/public relations firm (which incidentally, is currently being investigated by another Connecticut city for ethical misconduct), at a cost of nearly $40,000, to choreograph his reelection campaign and package his candidacy.  No doubt as the election draws near, we will be deluged by a flood of glossy pamphlets and slick ads extolling this Mayor’s supposed accomplishments. But voters should beware of candidates throwing large amounts of money around to try and buy their votes. This election should be decided by which candidate would do the best job as Mayor, not by who can raise the most cash.”

“Consider the following troubling contradictions in the Drew record:
Mayor Drew has promoted his fiscal management prowess, claiming to have lowered taxes. However, he conveniently neglects to mention his substantial tax increases in the years when he is not running for reelection, and the fact that during his tenure, taxes overall have actually increased from 26.9 to 32.6 mils, while our property values have fallen.  More importantly and more insidious is the massive debt that he has managed to pile up in just four (4) short years. Thus far, he has saddled taxpayers with $60 million in new borrowing and he has proposed nearly $50 million in additional debt, a total of almost $110 million which the City will be repaying, with interest, well into the next decade. Given this record of reckless spending, Middletown simply cannot afford another four (4) years of Dan Drew.

The Mayor also touts his economic progress, yet the Grand List of all taxable property during his Administration has actually decreased for each of the last three (3) years, an average annual decrease of 2.45% during his term in office. The Mayor was not bashful in trumpeting his widely publicized junket to China billed as an economic development initiative, but we are still waiting for him to announce the first Chinese firm that will be relocating to Middletown, CT.  I would suggest that we not hold our collective breath.  And four (4) years after he took office, there is no viable plan for the redevelopment of the waterfront except the Mayor’s suggestion to create a new high-salaried position of “Waterfront Czar,” no doubt with a large supporting staff of new City positions funded by the taxpayers.

The Mayor boasts of his government reorganization, about which he recently has been quoted is ‘working beautifully.” This glowing assertion, however, is less than credible in light of reports that Drew’s ‘department shuffle’ has cost more than it has saved. Additionally,  he fails to mention a disturbing consequence of his ill-considered consolidation of the Human Resources Department with the Legal Department, namely, that key City positions have remained unfilled for months on end and sometimes years, with the resulting decrease in City services. In short, the City’s personnel system under Drew has become largely dysfunctional. And as for supposed management skills, taxpayers need look no further than the $15 million cost overrun in the Mattabassett Sewer Project on Drew’s watch to conclude that effective management and financial oversight are not among his strong suits.

“Time and time again, we have seen overwhelming evidence that this Mayor’s performance has fallen far short of his public relations. This all too familiar disconnect between what politicians say and do has prompted voters at every level to reject typical politicians in favor of outsiders. That is why I am confident that on Election Day, Middletown voters will choose real-life experience over failed experiments, collaboration rather than confrontation, and bi-partisanship instead of business as usual. Voters like me who are fed up with the same old politics have a real choice in this election and can vote for real change by electing Sandra Russo Driska, as our next Mayor.”
By Middletown Insider - October 27, 2015